It started with Cuomo in NY, then it popped up in CO & OR and now we shoot down to Florida.

We’ll make a bold prediction and say that no Federal legislation will go through without some sort of  overarching THC cap on recreational regulation.

Recently, Dr. Madras’ research has focused on the effects of drugs on the developing adolescent brain and on the adult brain, to illuminate why early drug initiators are more susceptible to addiction, cognitive impairment, and other adverse effects. Currently, her laboratory is comparing the behavioral and molecular consequences of cannabinoid exposure in adolescent and adult primates to discern whether the psychoactive cannabinoid THC produces different effects in the two age cohorts and whether cannabidiol modulates these effects.
SOURCE:  https://www.mcleanhospital.org/profile/bertha-madras

As the number of medical marijuana patients in Florida continues to skyrocket, Republican lawmakers are again exploring whether to impose caps on the level of euphoria-inducing THC in cannabis products.

Chris Ferguson, director of the Florida Office of Medical Marijuana Use, told a House panel on Tuesday that the number of qualified patients in the state — more than 485,000 — has “dramatically increased” over the past two years.

But the House Professions and Public Health Subcommittee also heard a lengthy presentation from Harvard University biopsychology professor Bertha Madras, a marijuana critic who warned of the dangers of high-potency cannabis.

House leaders have pushed to put a limit on tetrahydrocannabinol, the mind-bending component of cannabis, since authorizing smokable medical marijuana in 2019 at the behest of Gov. Ron DeSantis. Florida voters in 2016 legalized medical marijuana, but the state didn’t initially allow the smokable version.

For the past two years, the Senate has blocked a THC cap.

But new leadership in the Senate and last year’s election of Sen. Ray Rodrigues, an Estero Republican who as a House member led the charge to impose THC limits on smokable marijuana, could give the controversial effort a lift during the legislative session that starts March 2. 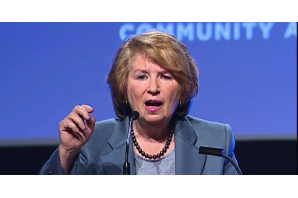