Earlier this month, a monumental shift occurred in the largest country in Latin America. On December 3rd, Brazil’s nationalized health care system, ANVISA, approved regulations for procedures pertaining to the manufacturing and importing of medicinal cannabis-based products and the necessary requirements for prescription, sale, and industry supervision. The opening of the Brazil market has been highly anticipated as the global cannabis economy has grown over the past decade.

I have spent a lot of time in Latin America over the last several years. HLG has been intimately involved in shaping cannabis policy in numerous countries across the region. Much of this work began when I participated in CannaCosta back in 2015. CannaCosta was LatAm’s first regulated, commercial cannabis marketplace conference, held in San Jose, Costa Rica. Because of that initial event and the relationships built therefrom, I’ve spent a great deal of time working with Latin American policy leaders – Peru, Colombia, Ecuador, Uruguay, Panama, Mexico, Belize, Guatemala, and Chile.

One of the biggest topics that I address when I’m in Latin America, is that you can’t develop a cannabis economy around an export-only philosophy. To date, this has been the default position of most Latin American countries; it tracks the economies surrounding coffee and flowers, for example. But this raises a challenge for the development of the LatAm cannabis marketplace.

Brazil can change that, and perhaps it already has. Everyone has been waiting for this moment, for the Brazil domino to fall, as it’s the major step in developing the Latin American consumer market.

With Brazil, you have a country of 200 million people, a nationalized health care system that effectively endorses import and governs it, and tackles the issue of distribution, which is a huge advantage, especially when compared with Health Canada. This will lead to an increase in consumer demand and perhaps be the push necessary to encourage other Latin American countries to shift their cannabis policy toward an import AND export model. That’s the only way for a country to truly participate in the global cannabis economy in a sustainable manner.

A handful of U.S.-based cannabis product manufacturers have been part of the Brazilian program over the last five years where individuals could order products from U.S. producers with permission from ANVISA and have those products imported to Brazil.

In 2015, the Hoban Law Group helped facilitate a channel between Bluebird Botanicals and ANVISA, when the leaders of Brazil’s nationalized health care system were trying to understand what exactly these products – hemp and marijuana-derived extracts – were. And Bluebird is recognized as a leader in CBD product development, globally.

It was all very well received, to the point where some of the ANVISA officials supported the use of Cannabigold products; even though they barely understood what these products were. It is certainly better to encourage the use of plant-derived products versus having to subsidize other medications that cause addiction or have negative side effects. At the end of the day, what we’re seeing in Brazil is a nationalized health care system recognizing the value of low-cost, effective, holistic, plant-based medicine. This is more than a trend; it is the future!

Will this light the flame for other Latin American countries to shift toward a policy that is more suited for participation and success in the global cannabis economy? Only time will tell. But one thing is for sure, the largest Latin American country, that up until now has practically been on the sidelines, is in the game. “Now the die is shaken, now the die must fall.” 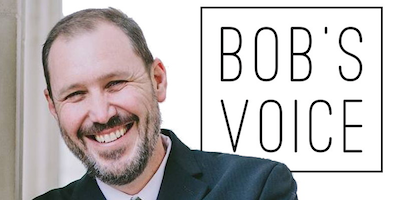