Fantastic piece from Australia’s Pondering Pot website highlighting (as we’ve noticed this year too) the NSW’s Police’s bizarre obsession with trying to bust every illegal cannabis grow in NSW.

Firstly it’s a pointless exercise and a waste of both police resources and taxpayers money  because as you know and they know closing one gap in black market cannabis supply means another one opens.

A lot of senoior ex police officers know this and are happy to say it publicly .

For example 8 years ago Mick Palmer Former AFP commissioner was only too happy to talk to the ABC  about the need for drug decriminalisation.

Before we get onto the Pondering Pot piece weshould add we  have also noticed News Corp’s  (should be news corpse) obsession with cannabis on every single local newspaper they’ve purchased in Australia.

Day after day they repeat ad nauseum the most minor of cannabis infractions that have ended up in court.

In 2019 we noticed an uptick in these ridiculous stories and in 2020 that uptick turned into a flood of stories. Unfortunately we can’t give you access to these stories and News Corp’s reporting obsession because each and every local newspaper owned by the Murdoch family in Australia sits behind a paywall and we refuse to pay a cent towards that organisation.

Despite seizing one of the largest hauls of cannabis Australia has ever seen, worth more than $40 million, NSW Police’s famous Facebook account has yet to share the good news.

Over the course of 2020, NSW and it’s police force have waging the war on drugs harder than ever, seizing more than $100 million worth of cannabis in the first half alone. And each time they’ve carried out a successful raid, snapped some viral-worthy photos, and taken some flashy aerial footage with their drone, they’ve gone on to share the story on Facebook.

The news, released to the press on Monday morning, quickly spread throughout all the news outlets, also becoming a trending topic on social media.

However, one particular social media account was rather quite, when they’re usually pretty loud.

The NSW Police Force Facebook account often goes viral, with both national and international organisations commenting on their success. Memes, puns, ‘tag-a-mate’ – you name it, if it’s current in pop culture, the NSW Police Force will take advantage of it and use it to connect with their audience.

However, one category of posts has been consistently receiving negative feedback, and that’s their cannabis busts.

This year alone, they’ve taken to Facebook more than a dozen times, sharing photos and details of raids on large-scale cannabis farms and seizures (often run by Vietnamese criminal networks). Some examples:

Yet after we heard the news on Monday morning, there was no “NSW Police have taken more than $40 million worth of cannabis…” to be seen on their account.

Likely because the most popular comments on the posts above have all been criticism. Take a look:

For the record I don’t smoke it. Wouldn’t it make sense to let them all grow a plant in their backyard. Would that reduce crime if they could make their own? Alcohol is worse and you can brew your own… Just makes sense to let them to me?

“Omg we can’t have people smoking and growing cannabis when we make so much money out of the opioids and pharmaceuticals we feed them…..”

make it legal, tax it already

Well done!! Only 2-3 more busts at most and I’m sure that’ll be every illicit cannabis operation shut down for the rest of the foreseeable future! Congrats on a successful 50 year campaign

Absolutely essential use of tax payer money – love your work!!

I don’t use it, but I hope that one day we can have a safe and well regulated market for medical and recreational Cannabis.Operations like this put money into organised crime while wasting police resources to target that crime.The risks and costs to the community of legalising recreational Cannabis are low, while legalisation with good policy can result in safer products and new tax streams to fund public health initiatives.

Well there goes a lot of peoples pain and cancer relief

Solid entrepreneurial talent, should release those guys to start up more businesses to employ people and keep the economy going. They’ll probably add more to the economy than the police and politicians at the moment.

Should be made legal, regulate and tax it. The government is going to need a serious influx of cash and taxing a product that is being consumed everywhere, along with getting rid of the massive cost of failed enforcement would certainly help

Make it legal and do everyone a favour. What a waste of police resources over a plant.

Thank you for keeping us safe against these horrible plants!

Imagine if this was legalised, regulated and taxed as it is in many other countries around the world. It would bring revenue to the government, provide honest employment and allow the police to focus on more pressing issues such as domestic violence

More and more every day people are hating the police force. And for good reasons.

My grandmother could seriously use these products to ease her end of life suffering. Fingers crossed this is legalised in NSW soon! Can think of way more important things the police could be doing!!

Literally not one person feels safer that NSW police have wasted taxpayers money on prosecuting a plant that grows in the ground. What a waste of money.

Of course, there are some comments supporting their actions, but they’re far outweighed.

Maybe the NSW Police are finally coming around to realising what the public wants?

Maybe the social media guy’s feelings are getting hurt reading the comments?

Maybe one of their dogs ate the drone footage?

Or maybe they just forgot.

Whatever the case may be – NSW & its police continue to fight the failing failed war on drugs. They continue to support cannabis prohibition when it clearly isn’t working. 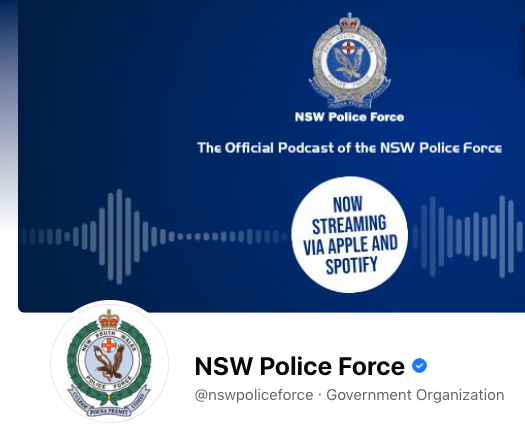