Lobbyists for the hemp industry in New York say new rules released by state regulators for how to bring CBD products to market favor big corporations over small farmers.

Allan Gandelman is with New York Cannabis Growers and Processors Association. He said he wants the state to allow farmers to sell smokable hemp flowers, much like pot, but kept below the THC limit.

“Smoking anything isn’t the best for you. However, there is a huge market of people already smoking cigarettes, vaping, and smoking cannabis flower that they’re buying on the black market. You can keep it illegal, but people are still going to do it and then they’re getting products that are not safe,” Gandelman said.

Gandelman said small farmers are blocked from manufacturing CBD-infused food, beverages and supplements due to high overhead needed to keep up with state compliance and testing.

Farmer David Falkowski said a corporate giant likely will dominate the CBD market in New York, leaving farmers like him left out. He was just one of a handful of small farmers who helped inform the state’s pilot hemp program.

“We’re pioneers,” Falkowski said. “Pioneers often wind up face down in the mud with arrows in their back. But for those of us who have been trudging through this program for a handful of years … it’s a little hard to swallow.”

Falkowski said it’s expensive and labor intensive to keep CBD food and beverage products within state compliance, regulations and testing. Any product that contains too much THC will have to be ditched.

He said he wants the state to allow farmers to sell so-called smokable flower.

“This smokeable flower basically looks just like marijuana. Smells like it. Smoked like it,” he said. “It’s just chemically, since it’s hemp, it’s going to have no more than 0.3% THC.”

Falkowski said that also could set precedent for how recreational marijuana would be handled in the state, if it were to become legal, and who would get a pass on that market. 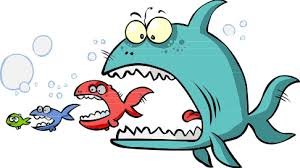