NZ.. Cannabis Reform, Back To The Future?

Stuff.co is reporting that various MP’s have seen that a blanket ban post – referendum isn’t doing anybody any favours

They report the following statements

The cannabis referendum result doesn’t mean the end of reform

Arena Williams (Te Aitanga-a-Māhaki, Ngāi Tahu, Ngāi Tūhoe) is the Labour MP for the Auckland electorate of Manurewa. She is a lawyer and mother of two. Stuart Smith is the National MP for the South Island electorate of Kaikōura. He comes from a Canterbury family that were fifth-generation sheep and deer farmers. He has three adult children.

OPINION: Senior police say the annual cannabis eradication operation, costing $700,000, a year, does nothing to reduce the supply or raise the price of marijuana on the street and distracts from targeting gangs, guns and meth.

If even police have doubts about the worth of combatting cannabis, should parliament commit to another cannabis referendum in the next 5 years to once more test public sentiment on the topic?

An MP from each side of the house gives their views.

New Zealanders deserve an effective drugs regime that keeps people and communities safe, and protects against further harm. There is more work to do, but we are making good progress and we need to continue moving in that direction.

The recent referendum result doesn’t mean the end of reform. There is more we can do – and are doing – to create an effective, evidence-based system. But we do need to make change carefully and cautiously to bring New Zealanders with us, as we continue to treat drug use and abuse as a health issue, not a criminal one.

To reduce the social harm that was being caused, we introduced a statutory steer for authorities not to prosecute where the only offence is personal possession, and, where possible, to provide a health response instead.

A recent report has shown that this change is already reducing drug-related harm to people, their whānau and communities – including additional harm from being involved in the criminal justice system. This is good progress, but we know there is still work to do, particularly to ensure that outcomes are fairer for everyone.

To further prevent and reduce drug harm in our communities, we have made changes to ensure a more sensible medical cannabis regime, and taken a safety-first approach to drugs at festivals. We have also ensured more drug and alcohol treatment and support is available for those who need it.

We are expanding Te Ara Oranga, a successful methamphetamine harm reduction initiative. This takes an integrated approach across health, Police and the community, with a kaupapa Māori focus, to reduce drug-related harm and support better community health, social and justice outcomes.

We are also expanding specialist drug and alcohol courts, and our focus on rehabilitation is bringing down reoffending, while continuing to keep the worst offenders off the street.

To keep communities safe, we have already increased the Police budget by 30%, which has seen the number of police on the beat increase by around 15% in the last 5 years. As a result of this investment, our Government has delivered the largest Police workforce ever.

Thanks to record Police growth and new legislative tools, we have been able to go hard against organised crime networks, with enforcement agencies disrupting meth supply chains and seizing the proceeds of crime.

Our Government remains focused on keeping people safe, and transforming our approach to preventing drug harm in Aotearoa.

Members of Parliament are elected to make critical decisions on behalf of the constituents they represent, along with the wider New Zealand electorate. But from time to time, substantial issues need to be put to the public like changing the flag, the legal use of euthanasia or legalising cannabis.

In 2020 we had our cannabis referendum. 51.47% of eligible New Zealanders said that they did not support the proposed Cannabis Legalisation and Control Bill. The public have had their say, independent of politicians, and the result although slim, was a no.

No matter what side of the issue you sit on, we cannot continue to ask the same question time and again in the hope of getting a different answer. Referendums are expensive and it is not a tool that should be used repeatedly on the same issue.

Cannabis remains illegal and police operations into cannabis prevention still have to take place. It is up to the district police how they go about targeting cannabis operations.

Recently police seized 34,000 cannabis plants and almost 80 kilograms worth of dried cannabis, which is a total street value of $95 million. That is a significant amount of money, and based on those numbers I would argue that police are trying to get stuck into cannabis operations and hit organised distributors of the drugs hard.

More often than not, its gangs themselves that are peddling cannabis and making money off it. Gang membership has exploded as a result of a Government who are soft on crime and those committing crime.

If we hit the gangs harder, seize their assets and take their firearms they will have little to stand on.

As gang numbers have ballooned over the last four years, National has consistently said that we need to provide police with the resources and the support to combat gangs.

We also need to investigate the social drivers which are encouraging young people to join gangs, and how the Government and society can provide them with a different path, through education.

The police are doing the best they can with the resources they have and the buck stops at the Minister.

The country has decided that the use of cannabis should remain illegal, and so police need to keep pushing to get it off the streets by targeting gangs where it hurts. 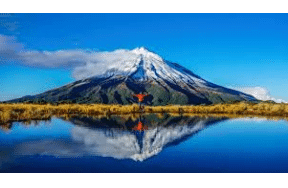