Health Minister Andrew Little says the Government has no plans for an amnesty for the thousands of people in the illegal market for medicinal cannabis.

Instead he says that police should use their prosecutorial discretion until New Zealand cannabis-based medicines hit the market later this year.

His comments come as Green MP Chlöe Swarbrick released figures about Customs intercepting cannabis at the border, some of which was intended for the medicinal market given how easy it is to procure New Zealand-grown cannabis.

In the year to March 31, 2021, Customs intercepted cannabis products 121 times, or once every third day, including a total of 3.37kg of cannabis leaf, 282g of cannabis oil and 3.3kg of cannabis resin.

Swarbrick, the MP for Auckland Central, has been advocating for her constituent and TV presenter Katy Thomas, whose 6-year-old son Edward wrote to Swarbrick because his medicinal cannabis oil – prescribed by his GP to treat seizures – has been held up at Customs.

“This is despite the medication containing no THC, isomer, ester, ether or salt, and being imported by the patient’s doctor to their clinic address. Meanwhile, night after night this 6-year-old boy is suffering relentless, potentially fatal seizures,” Swarbrick said in a letter to Little. 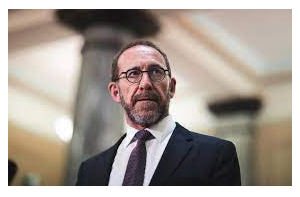