In a surprise move just three days out from Saturday’s general election, the association has switched its position to neutral, outlining its new stance in a letter to members.

“The NZMA will have no position regarding the referendum itself,” the letter reads. “We are truly sorry if anybody feels that the NZMA has not given them the chance to speak their mind.”

NZMA has not responded to the Guardian’s request for comment.

Last week some of New Zealand’s most experienced public health experts threw their support behind the yes campaign.

In an editorial in the New Zealand Medical Journal, specialists from the fields of addiction treatment, public health, health promotion and epidemiology have urged New Zealanders to legalise cannabis, days after a poll showed the vote on a knife-edge.

Letter to members from the NZMA board

After concerns expressed by some members and some misleading information in the media, the Board has endorsed the following letter to all members which explains the difference between the End of Life Choice and Cannabis Legalisation and Control referenda. This letter explains how the NZMA submits on proposed legislation and why the NZMA will have no position regarding the cannabis referendum itself.

The EOLC Bill was an actual Bill on which NZMA made a submission. As per NZMA’s normal process, every member was asked if they had any comment to make to contribute to that submission. Because it was a very important issue, your Board went further and undertook a full engagement strategy with the membership, including a poll. The position of the NZMA about the EOLC Bill was based on that engagement strategy and what came out of it.

The Cannabis Legalisation and Control referendum is not an actual Bill; it is a vote for or against recreational cannabis (with a proposed Bill in the offing). NZMA’s normal process regarding any topical issue, whether it be climate change or cannabis, is to fall back on its position statements (if there is one) and speak to the content of that. The cannabis position statement was created in 2012 and reiterated in 2019 when the Medicinal Cannabis Bill was being introduced.

This position statement, which was an evidence-informed statement, underpinned NZMA’s comments. This particular position statement looked primarily at the harms associated with cannabis and that these are dose-related (a point that has often not been aired despite being said). It also recognised that issues to do with cannabis use need to be decriminalised and diverted from the courts and dealt with as health issues. Again, the media chose not to report that despite my repeatedly making the point.

Every member, however, has the absolute right to vote on the Cannabis Legalisation and Control referendum. The NZMA will have no position regarding the referendum itself.

The Board and I hope this helps clarify why these two issues have been treated differently, and remember, the media does not print the whole of what is said. Having said that, we are truly sorry if anybody feels that the NZMA has not given them the chance to speak their mind.

If the referendum vote is in favour of the legalisation of recreational cannabis, there will be a Bill proposed in parliament and the NZMA will fully engage with all its members including polling, to inform its submission regarding that.

I encourage you to email me if you have any concerns or thoughts for me or the Board. 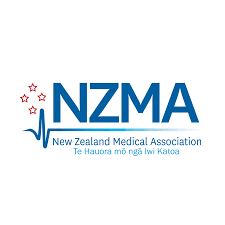