NZ: Painter & Decorator who complained about cannabis smoking colleagues gets $12,500 in compensation after being sacked four days into job

In its determination decision, the authority said Wright was hired for a 14-week project in Blenheim in early 2020.

But when he returned to Christchurch after the first week, his employer asked to meet with him and Wright was told he was about to be sacked, though no reason for this was given.

Maiden Group director Murray James conceded that Wright was dismissed in circumstances where the company wrongly believed he was the subject of a 90-day trial provision – but this was not detailed in his contract, the authority said.

However, James said Wright did not fit in with his co-workers and there had been complaints about him from the foreman.

Wright raised concerns about his co-workers’ cannabis use and while James said those allegations were established, he could not dismiss all of them, because that would leave him with no painting team to complete the project, the authority said.

But keeping Wright, James said, would cause disruption and potential resignations.

When it was later confirmed Wright no longer had a job, he challenged the fairness of the decision.

The authority said the decision was not communicated to Wright in writing.

In its determination, the authority said Maiden Construction failed in its good faith obligations to Wright.

It said Maiden did not:

The authority said after just a week of employment, Wright was provided no opportunity to reflect upon or address the concerns of his co-workers that he was “incompatible” – and they were not specifically put to him.

Maiden had also failed to check Wright’s employment status and the fact his contract contained no 90-day trial provision.

In finding Wright was unjustifiably dismissed, the authority said he was entitled to compensation because he was afforded no dignity and suffered significant humiliation. 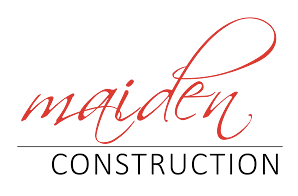