Who is this Helen Kelly and why does she want marijuana?

A high-profile former union leader, Kelly was diagnosed with terminal lung cancer a year ago. She has been using cannabis oil to alleviate pain, and wants to import inhaler-based products legally. Her campaign has gathered widespread public support, including an online petition calling for authorities to allow her to use cannabis oil. With almost 4000 signatures, it urges: “Helen Kelly has done so much, for so many in New Zealand, this is the least we can do for her.”

Who is this Peter Dunne and what does he want?

Peter Dunne is the Associate Health Minister. Under the Medicines Act, ministerial approval is required for the prescription of any non-pharmaceutical grade product, such as those sought by Kelly and her oncologist. Dunne, drawing on advice from the Ministry of Health, says Kelly’s oncologist has provided insufficient information in her application and so it has been “deferred”.

He did, though he was not talking about the Kelly case. His words: “We’re talking here about medicinal products that have to be properly tested, properly regulated, the dosage assured so that people aren’t being exposed to risk. That is really where the argument begins and ends – all the other stuff is extraneous, emotional nonsense.” Dunne says – and there is – “limited robust evidence” to support many claims about the effectiveness of cannabis.

What then was lacking in Kelly’s application?

The criteria require that the patient has a severe or life-threatening condition, which Kelly indubitably satisfies. According to the Ministry of Health, however, her application does not show that all reasonable other conventional alternatives have been tried nor include the necessary evidence about the likely efficacy, the record and peer assessment of the drug sought.

Are these criteria set in stone?

No. They are not specified in the legislation, but serve as guidelines for the minister.

Are there any medical cannabis products available in NZ?

Sativex, an oral spray, has been cleared for use in New Zealand. A pharmaceutical-grade cannabis product, ministerial approval for its prescription is delegated to the Ministry of Health.

Sounds good. Why doesn’t Kelly go for that?

It is not subsidised by Pharmac and costs more than $1000 a month. The ministry has suggested Kelly try it, but she says it lacks the high cannabidiol she requires, and may have greater hallucinatory properties than the products she’s after.

Why can’t she use a drug that doesn’t contain illegal substances, like morphine?

She does take morphine. But it makes her feel ill, and she finds it hard to remain alert during the day. In any case, morphine is pretty much the same thing as heroin.

Is there popular support for legalising medical cannabis?

A recent Herald Digipoll found that 70 percent back legalising the drug for medicinal use under strict conditions. Another 13 percent thought it should be legalised outright.

Isn’t that enough for politicians to act?

Labour MP Damien O’Connor is drafting a private member’s bill to legalise medical cannabis, and a number of politicians are on the record as supporting a change. Others, though, citing health and social concerns, refuse to budge. The Prime Minister John Key has said he’s “not actively looking to progress” parliamentary debate.

“Not actively”? Does that mean he doesn’t mind a debate happening but he won’t inhale?

Don’t be facetious. It means he’s opposed but is keeping his finger in the wind.

In any case, it’s a fringe issue, right? Not something that will matter come election-time.

It might yet. You don’t have to look far to find accounts of people using marijuana for medicinal purposes, where other drugs have failed, who wish they did not have to self-medicate, nor breach the law to do so.

Those who are seeking medicinal cannabis, and those who care for them, are people who vote, notes Jane Clifton, an astute observer of such things, in this week’s NZ Listener. She sees the issue as “a potential vote-mobiliser … This could be one of those rare depth-charge issues that stirs the tectonic plates beneath the next election.”

Is there a global trend towards legalising medical marijuana?

There is. Twenty-three US states now allow cannabis sale for medical purposes, and more are coming on board. In many parts of central and south America and Europe, prescriptions for cannabis medications are available. Australia is moving in a similar direction.

And for non-medical purposes?

That’s on the rise, too. Recreational cannabis is available in Colorado, Washington and Oregon. In Jamaica, Bolivia, Portugal, the Netherlands – and soon Canada – it is possible to legally purchase marijuana, and in some cases other commonly prohibited drugs.

So how is that war on drugs going?

A bit of a mess. At the last UN General Assembly special session on drug policy, in 1998, delegates emerged with a pronounced determination to eliminate the scourge of drugs from the world. As they meet again, 19 years later, in April, there is profound discord in nations’ drug policies – from death penalties in some parts of the world to blanket legalisation in others. 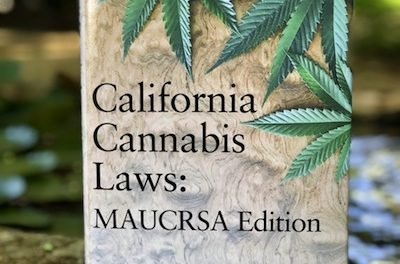 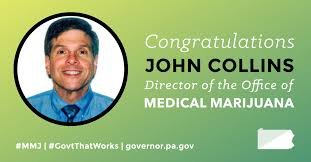