A Taranaki man was cultivating marijuana to avoid spending $395 a week on a cannabis derived medicine prescribed to treat his epilepsy, the New Plymouth District Court has heard.

Regan Coxhead appeared in court on Thursday for sentencing on several cannabis charges, including cultivating cannabis.

His lawyer Julian Hannam told Judge Gregory Hikaka that Coxhead was eating the cannabis material and that did not result in a “high”.

“He’s not looking to get high but instead treat the underlying medical state that he has,” Hannam told the court.

Coxhead had epilepsy and suffered from seizures, the court heard.

The charges arose out of an earlier defended trial in February where he had appeared with his brother and caregiver Matthew Coxhead.

Both had pleaded guilty to some charges faced and were found not guilty on several theft counts.

There was also a further cannabis charge arising from April 13 and guilty pleas were entered.

Matthew Coxhead also faced a charge of possession of cannabis..

Defence lawyer for Matthew Coxhead, Kylie Pascoe, submitted her client should be convicted and discharged, describing it as a “wash up” charge from the trial.

Judge Gregory Hikaka noted that Regan Coxhead “lacked insight” into his actions and felt they did not hurt anyone.

Regan Coxhead was sentenced to 12 months of supervision and his brother Matthew was told to come up if called upon within nine months.

An order for the destruction of the cannabis and equipment was also made. 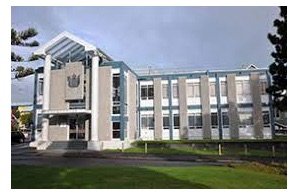