SACRAMENTO — An Oakland man has been arrested and charged with selling thousands of doses of LSD around Northern California, after an investigation that stretched from Santa Cruz to a rural area around Nevada City.

Elan Moshe, 44, was charged in late June with distribution of LSD in the federal Eastern District of California, based in Sacramento, court records show. He was released last week on a $50,000 bond.

Moshe’s name came up as a possible supplier of LSD when the Drug Enforcement Administration started investigating a California-based LSD and MDMA ring in 2018. A DEA agent wrote in court records that two people who’d been arrested with thousands of LSD tabs later became informants, leading to the identification of Moshe as the second person’s source of the hallucinogenic drug.

One informant told the DEA that Moshe supplied them with LSD by the gram —with each gram containing roughly 10,000 doses, the complaint says.

Moshe’s name surfaced again in 2019, when authorities in Santa Cruz served a search warrant at the home of Matthew Hutchings, a psychedelic and party drug dealer who was sentenced to a decade in federal prison last April for drug distribution, including at UC Santa Cruz. At Hutchings’ home, agents allegedly found a Wells Fargo Visa Platinum Debit card in Moshe’s name, according to the criminal complaint against Moshe.

In a bizarre twist, Moshe was arrested months later in March 2020 — and found to be in possession of 1,300 LSD doses — after police in Auburn were called to a medical emergency of a “man down” on an intersection, according to the complaint. Authorities say the man turned out to be Moshe, who allegedly explained to police he’d consumed alcohol, cocaine and ketamine the night before, passed out at a party, and had been ejected or otherwise moved to the location where police found him.

Last June, federal authorities were conducting surveillance on Moshe — using a GPS signal from his phone — in connection with the LSD investigation when he unwittingly led them to an illegal marijuana grow site in an area near Nevada City, the complaint alleges.

The investigation was led by Brian Nehring, a DEA special agent who has been responsible for just about every recent major federal drug bust east of the Carquinez Strait, including a 2019 investigation into the Aryan Brotherhood, a Concord/Vallejo meth ring connected to two local gangs, a Vallejo-based counterfeit pill ring, and a suspected Sacramento-area drug trafficking organization that included a motorcycle club president. 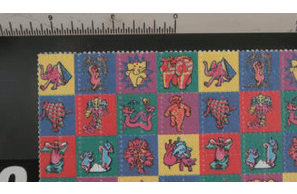