Tomáš Zábranský, who spearheaded efforts that resulted in the legalization of medical cannabis in the Czech Republic and enjoyed wide respect in international medical circles, has passed away at age 52.

Zábranský’s work in research and legalization established him as a leading global figure in medical cannabis, where he worked as an expert in drug epidemiology and monitoring of the drug situation in at the United Nations and European Union.

He was named by the EU Parliament as an independent member of the Management Board of the European Monitoring Centre for Drugs and Addictions in 2015.

Zábranský was a leading advocate for the legalization of medical cannabis in the Czech Republic, eventually helping to push the Medical Cannabis Act through the Czech Parliament. He advanced drug issues as a member of the Board of Advisers to Prime Minister Bohuslav Sobotka from 2014–2017, and from 2014-16 worked as an adviser to Minister of Health Svatopluk Němeček as cannabis was integrated into Czech medical practice.

“Everything he did he did with all his heart, and with total dedication to helping patients,” said cannabis activist and hemp entrepreneur Hana Gabrielova, CEO at Czech hemp company Hempoint. “The world has very few people with such patience, motivation and expertise. He will be greatly missed.”

Czech cannabis consultant Jindrich Voboril wrote on his Facebook page that Zábranský’s work will continue to have an influence on global cannabis issues. “He will remain a strong legacy!” Voboril wrote.

“Tomas was a gentle giant who contributed greatly to the medical cannabis segment worldwide,” Israeli cannabis activist Boaz Wachtel wrote on a memorial page set up to honor Zábranský.

A graduate of the Medical Faculty of Palacky University, Olomouc, in 1993, Zábranský received his Ph.D in epidemiology, hygiene, and preventive medicine from the same university in 2001. He was a past Hubert H. Humphrey-NIDA Research Fellow at the Johns Hopkins Bloomberg School of Public Health in the USA.

Widely published in cannabis circles, Zábranský was the main author of the first annual report on the state of the drugs problem in the Czech Republic prepared in accordance with standards of the European Monitoring Center for Drugs and Drug Addiction, and served as editor and contributor at a number of scientific journals. 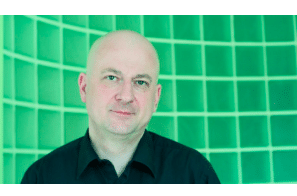