We’ve trawled various reports and suggest local media Cincinnari.com  gives us the best picture of the case, the ruling and the general background..

The ruling could prompt the state to award another provisional medical marijuana grow license to the plaintiff in the case, Greenleaf Gardens LLC, bringing the total to 14 large-scale growers and 13 small-scale growers. And it could also apply to other parts of the program.

One of those passed over for a license, PharmaCann Ohio LLC, filed suit in December over the provision, arguing there was no precedent or legal basis for a minority set-aside for the new program. PharmaCann was granted a license – the 13th to a large-scale cultivator – earlier this year after a scoring error was discovered. Greenleaf Gardens LLC, which also was not awarded a license because of the minority set-aside, took over the lawsuit.

“The court finds the 15 percent set aside is not insignificant and the burden to be excessive for a newly created industry with limited participants,” Schneider wrote in his order granting summary judgment.

The Ohio Department of Commerce was named in the suit and oversees the cultivator, processor and testing lab portions of Ohio’s nascent medical marijuana program. The department is reviewing the order and has not yet decided whether it will appeal or grant additional licenses, spokeswoman Kerry Francis told The Enquirer on Friday morning.

Greenleaf Gardens CEO David Neundorfer said he was pleased with the ruling in the case and hopes to receive a license to grow marijuana at its Geauga County site where the company received a license to make medical marijuana products.

“While we look forward to ultimately receiving a license to cultivate medical marijuana, we are actively engaged in bringing our five dispensary licenses and processing license to operational status,” Neundorfer said in a statement. “We remain committed to working with the Department and the Board to ensure that Ohio’s patients have access to the safest and most effective medical marijuana as soon as possible.”

Why did the companies sue the state?

Ohio’s medical marijuana law, passed in 2016, allows patients with one of 21 qualifying conditions to buy and use cannabis if recommended to them by an Ohio-certified physician. Three state agencies spent two years writing rules and regulations for the program, including limiting the number of licenses for marijuana cultivators, testing labs, processors and retail dispensaries.

On Nov. 30, 2017, the Ohio Department of Commerce awarded 12 provisional licenses for large grow centers would be awarded out of 109 applicants after a months-long competitive application process.

But state law required 15 percent of all licenses to go to businesses majority-owned and operated by someone from one of several “economically disadvantaged” groups: African-Americans, American Indians, Hispanics or Latinos, or Asians.

After the department scored all the applications, it awarded grow licenses to Parma Wellness and Harvest Grows to comply with the law.

Why did the judge rule against the quota?

Minority set-asides have been upheld by courts when there’s documented evidence of discrimination in the industry and they’re narrowly tailored to increase participation.

Medical marijuana is a new industry in Ohio, so there isn’t history of discrimination, Schneider wrote. Attorneys for the state offered reports that African Americans and Latinos are arrested for marijuana crimes at higher rates.

But Schneider wrote that’s not enough to prove discrimination across several racial groups in the new industry.

If legislators wanted to provide opportunities for individuals who had been convicted of marijuana crimes, he wrote, they could have done so by giving preference to companies owned by former arrestees and convicts.

The lawsuit did not ask for the minority-owned businesses’ licenses to be rescinded because the companies didn’t want to delay the program. (The state missed its September self-imposed deadline to be “fully operational” for several reasons.) Schneider’s order didn’t offer a remedy.

Parma Wellness is reviewing the order and declined to comment on it Friday.

The Department of Commerce has the ability to revoke licenses and also award additional licenses, as they did in May for PharmaCann and in July for a small-scale grower, Pure OH LLC, that appealed its rejection. An agency spokeswoman said Friday a decision has not yet been made.

The court order could apply to the other types of licenses awarded. The commerce department has awarded 14 processor licenses out of a maximum 40 and plans to award more in the coming months.

One of the 56 dispensary licenses awarded in June went to a minority-owned business over several higher-scoring applicants. Harvest Grows’ dispensary application for a highly-sought after Columbus location scored lower than a dozen others but was awarded one of five available licenses for the central Ohio area. 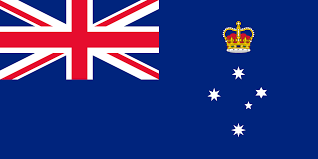 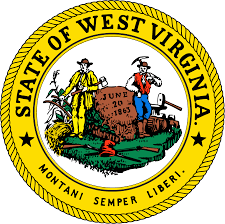 Beyond Pesticides Want Congress To Do Something About Cannabis & Pesticide Use