During its regular meeting Oct. 23, the council voted 4-1 in favor of the proposed ordinance, which would allow licenses for up to two cannabis manufacturing plants — including those that use volatile solvents to create their products — and up to three cannabis “microbusinesses,” which would combine retail, distribution and manufacturing of cannabis products but would not be allowed to use volatile substances to create their goods.

The ordinance is scheduled to return to the council for a second and final reading on Nov. 13. If approved, it would take effect within 30 days of that meeting.

“I want to express my deep gratitude for bringing this ordinance to a vote. It shows a very open-minded city wanting to please the citizens who voted for cannabis,” said Bliss Page, an area resident who’s looking to start a manufacturing business. “I realize this is a lot of work for all of you, and I want to assure you that a vote on this issue would be a vote for more local and non-tourist jobs as well as additional revenue for the city. This will all come with no issues or hardships for the city.”

Councilman Randy Haney cast the lone vote against the ordinance. He said allowing five cannabis manufacturers within the city was too much, and he would prefer restricting it to just one manufacturer and one microbusiness. He also expressed concern that allowing the facilities would open the way to permitting cultivation of marijuana in Ojai.

“We’ve opened this box of cannabis in this community. And it initiated based on medical. And now we’ve expanded to recreational, and now we’re expanding to manufacturing,” he said. “What’s the next ask? … It’s cultivation, it’s plain and simple.”

Mayor Johnny Johnston, meanwhile, questioned whether the city had adequate fire suppression infrastructure in case one of the manufacturing plants exploded.

City Attorney Matthew Summers said manufacturers would be required to follow established fire-safety regulations, and their facilities would have to be approved by the county fire marshal. Supporters of the ordinance, including dispensary owners, said cannabis manufacturing plants are safe. 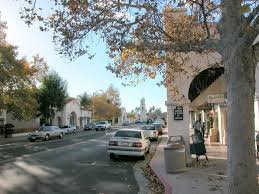