One Step Closer to the Federal Decriminalization of Marijuana

The “Cannabis Administration and Opportunity Act,” was published today. The proposed legislation, sponsored by Majority Leader Chuck Schumer and Senators Cory Booker and Ron Wyden, delivers a plan for the comprehensive rescheduling and federal regulation of marijuana.  We have highlighted a few key aspects of the proposed legislation and our thoughts on the overall landscape below.

Removal of Cannabis from the Controlled Substances Act

First thing’s first, the proposed legislation would remove cannabis from the Controlled Substances Act (“CSA”) and corresponding regulations within 60 days of enactment. Instead of being subject to regulation under the CSA, cannabis would be added to the Federal Food, Drug and Cosmetic Act, and the Federal Drug Administration (“FDA”), in conjunction with the Alcohol and Tobacco Tax and Trade Bureau (“TTB”), would be charged with exercising agency responsibilities over cannabis in a manner similar to the responsibilities established for alcohol and tobacco. Despite increased regulation at the federal level, the proposed legislation continues to look to state law to control the possession, production, and distribution of cannabis. As such, federal decriminalization under the proposed legislation does not allow for the use or distribution of cannabis in violation of state law.

Lay of the Land

The TTB, in connection with the Department of Treasury, would maintain authority over the taxation and trade practices of cannabis products. Under the proposed legislation, cannabis products are subject to an excise tax similar to the tax imposed on alcohol and tobacco. The general rate of tax would be 10% for the first full calendar year of enactment. Thereafter, the tax would increase by 5% annually until year five. Beginning in the fifth year, the tax would be levied on a per-ounce (cannabis flower) or per-milligram of THC (cannabis extract) rate equal to 25% of the prevailing price of cannabis sold in the U.S. in the prior year. To alleviate some of the burden associated with the high tax rate, the proposed legislation includes a tax credit provision aimed at removing barriers to entry. Under the tax credit, small cannabis producers with less than $20 million in sales would be eligible for a 50% reduction in their tax rate, and larger producers would be eligible for a tax credit on their first $20 million of cannabis sold annually. In addition to imposing an excise tax, the proposed legislation contains permitting and establishment registration requirements. Since there are already cannabis businesses operating in full compliance with state laws, the proposed legislation allows for a cannabis business to continue operations without TTB approval, so long as the business files a complete application with TTB within 90 days of the date on which TTB begins accepting applications.

Finally, in an attempt to address those adversely affected by the War on Drugs, Section 301 of the proposed legislation creates three grant programs. First, the Community Reinvestment Grant Program, as administered by the Cannabis Justice Office, will fund the efforts of nonprofit organizations that provide tactical services, such as job-training and legal aid, to individuals impacted by the War on Drugs. Second, the Cannabis Opportunity Program, as administered by the Small Business Administration (“SBA”), will provide funding to states and localities that offer loan assistance to eligible small businesses in the cannabis industry. Eligible businesses are loosely defined as those owned by socially and economically disadvantaged individuals. Third, the Equitable Licensing Grant Program, as administered by the SBA, will provide funding to states and localities to implement cannabis licensing programs that minimize barriers of entry for individuals adversely effected by the War on Drugs. In order to be eligible for either SBA program, states and localities must take steps to create an automatic process to expunge criminal records for cannabis offenses and violations. In addition to state/locality focused programs, the proposed legislation requires each federal district must expunge any arrests and convictions for non-violent federal cannabis offenses within one year of enactment.

What could this all mean? In short, this bill is a great start. The descheduling of cannabis has many benefits, including access to the U.S. banking system, greater access to capital, and the overall warm, fuzzy feeling of building something that is—well—legal. However, the proposed legislation also provides some insight into who is winning the backroom policy debates. Spoiler alert: it’s the tobacco and alcohol companies. If the proposed legislation is passed, it is pretty clear new industry players will emerge. Some entrants, like tobacco companies, will seemingly have a leg up in navigating the complex intricacies of a national marketplace and a competitive familiarity with the regulatory landscape. All hope is not lost though! Current operators have plenty of opportunity for success under the proposed plan. But, in order to succeed, operators must analyze the marketplace as it stands currently and make a plan to surf the waves of legalization instead of getting swallowed by them.

We are continuing to monitor this situation. If you have any questions please reach out to Steve Levine, Marshall Custer, Lindy Martinez or your Husch Blackwell attorney. 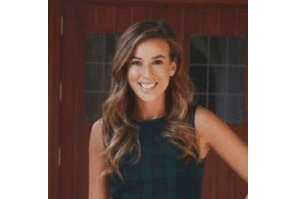