Which way is it going to go?

It is, as they say, the million $ question.

Existing medical cannabis producers have been shooting down regulation of adult use because that would impact on profits and the right wing parties  are “Dog Whistling” because they can.

This has begun to bring into question whether the referendum will succeed.

Let’s hope that it gets through

The results of New Zealand’s referendums on whether to legalise cannabis and euthanasia will be released this week, with campaigners nervous that the upheavals of 2020 could have tilted the vote to the status quo.

Political experts say that in years of unrest and instability voters tend to veer towards keeping things as they are, which could affect the likelihood of both referendum questions passing.

The questions appeared on the general election ballot papers, but results will not be released by the electoral commission until Friday.

The cannabis referendum, however, is non-binding, and polls leading up to the election showed a country divided.

Voters have been asked to decide whether they want to pass a bill that would legalise cannabis and regulate how it is used and sold. This would include producing and selling fresh and dried cannabis, including plants and seeds – for people over 20 years old. The change would impose more stringent restrictions than the rules around sales of alcohol and tobacco.

A One News Colmar Brunton poll in February found 51% of people intended to vote against legalising cannabis, with 39% voting to allow it. The rest of the 1,000 people polled said they would opt out of voting or didn’t know what they would choose.

Importantly, more than 50% of voters need to say yes to the law change for it to be considered by parliament.

Andrew Geddis, a law professor at the University of Otago, said while there was no legal imperative for an incoming government to abide by the referendum result, it would be “pretty hard for them not to act” on a strong majority yes vote.

Ardern has repeatedly refused to state her position on cannabis but said she would let the public know how she had voted once the results were released. 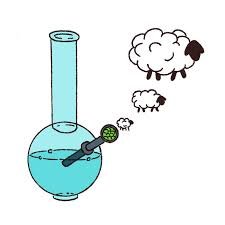