Ontario’s cannabis store regulator is facing calls to crack down on alleged pay-to-play schemes that some industry executives say allow larger marijuana producers and brands to secure shelf space for their products and other special treatment from retailers.

Industry executives say the problem ballooned earlier this year after the Alcohol and Gaming Commission of Ontario (AGCO) attempted to clarify its rules on inducements – or “slotting fees” – by issuing an update to the Registrar’s Standards for Cannabis Retail Stores – the rules governing legal marijuana stores.

Jennawae Cavion, co-founder and CEO of Calyx + Trichomes in Kingston, said pay-to-play is common in many industries, “but they’re straight up not allowed in Ontario, and I don’t understand why the AGCO and other provinces don’t do anything about it.”

To get around curbs on slotting fees, industry officials allege, some producers and brands are instead paying cannabis retailers for their sales data to ensure their products get preferential treatment in the Ontario retail market. 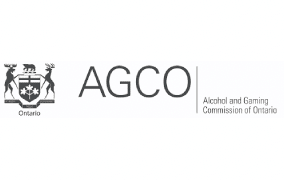