Canopy currently has 13 Tokyo Smoke locations in Ontario, plus one store under the Tweed banner.

Six of the new Tokyo Smoke stores will be in Toronto, two in Ottawa and one in Brantford.

“Ontario is obviously the largest market in Canada, with a huge runway ahead of us,” Canopy Head of Retail Lacey Norton told Marijuana Business Daily. 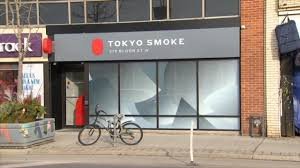