OLCC regulations approved in 2016, at the onset of adult-use cannabis in Oregon, aligned with guidance in the since rescinded U.S. Department of Justice Cole Memorandum, and served as appropriate guard rails for an emerging industry. The changes just approved by the Commission better reflect the regulatory oversight needed for a maturing industry.

Some of the changes assign a different category to a violation if the violation was unintentional instead of intentional.

For instance, now if a surveillance camera fails licensees have more time to inform the OLCC about the problem.

Another change eliminates the compounding effect of a single violation when a producer fails to notify the OLCC of a marijuana harvest; previously the OLCC assessed a separate violation each additional day the producer failed to tell regulators.

The Commission also ratified changes in the marijuana license application process designed to speed up approvals. Those changes include boosting the ownership threshold for an applicant from 10 to 20 percent, allowing more flexibility for approving business structure changes, and eliminating the pre-licensing inspection requirement prior to issuing a license.

Oregon House Bill 3112 redresses criminal and economic consequences suffered by Black, LatinX and Indigenous Oregonians related to cannabis criminalization. A member of the coalition supporting The Oregon Cannabis Equity Act outlined for Commissioners how the measure would create economic opportunity for previously disenfranchised populations by reducing regulatory costs, and establishing an equity license for individuals who have previous marijuana criminal convictions, or are from Black, LatinX or Indigenous groups.

Commissioners also ratified the following violation fines and suspensions based on stipulated settlements (detailed information on specific cases can be found hereon the OLCC website):

NEBULA CANNABIS in Portland will pay a $1,155 fine OR serve a seven day recreational marijuana retailer license suspension for one violation.

ALTERNATIVE SOLUTIONS in Portland will pay a $5,280 fine OR serve a 32-day recreational marijuana retailer license suspension for two violations.

GRIZZILLA FARMS will surrender its marijuana producer license on the date the transfer of ownership of the business is completed or on July 30, 2021, whichever is earlier. 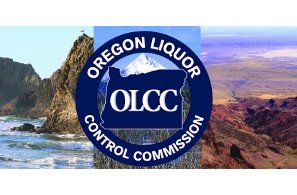