The Blue Mountain Eagle reports….Grant County will have to wait before collecting marijuana tax revenue.

Although county voters approved a 3% tax on marijuana products in the November election, Grant County officials did not consider an ordinance to officially adopt the tax until Dec. 30 and neglected to read the ordinance as required by law.

According to Oregon law for adopting an ordinance, “every ordinance of a county governing body shall, before being put upon its final adoption, be read fully and distinctly in open meeting of that body on two days at least 13 days apart.” The ordinance can be read by title only if no member of the governing body requests a complete reading of the proposed ordinance.

County officials did not read the ordinance in full or by title when they first considered it Dec. 30, so the county must complete the first reading, wait at least 13 days and then complete the second reading for the ordinance to be properly adopted. At that point, the ordinance would take effect in 90 days because tax-related ordinances cannot be passed as emergencies in a single meeting, according to Oregon law.

Although the county court unanimously passed a motion to approve the ordinance Dec. 30, the text of the ordinance that was not read aloud includes blank spaces that were supposed to be filled in with the dates of two public hearings and the dates of the first and second readings. The commissioners did not sign the ordinance.

County Judge Scott Myers said the county is getting guidance from legal counsel.

This is the second time the county has had trouble with a pot tax ordinance. After passing an emergency ordinance in 2018 to tax pot sales, Grant County officials rescinded the ordinance and returned $5,000 to the county’s sole marijuana retailer, because state law prohibits passing tax-related ordinances as emergencies and requires a pot tax to go to the voters during a statewide general election.

In a 2019 press release, District Attorney Jim Carpenter said that “scrutiny by the Blue Mountain Eagle brought the issue to light, causing a reconsideration of the legality of the ordinance.”

Haley Olson of Rocky Mountain Dispensary said she estimates revenue for the county during the first quarter of this year would have been around $10,000 to $25,000. 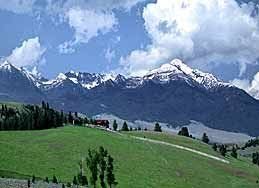