Oxford Cannabinoid Technologies (OCT) has seen its share price jump by more than 20% this week after announcing that its CEO Dr John Lucas would be stepping down.

The pharmaceutical company announced on Monday, December 5 that Dr Lucas would leave the company by the end of the year, staying on until then to ‘assist’ the company and facilitate a ‘smooth handover’.

In his place, OCT’s COO Clarissa Sowemimo-Coker will take over as interim CEO, and the company plans to recruit a General Counsel and Company Secretary to take on her previous responsibilities.

According to the company, Ms Sowemimo-Coker will act as CEO ‘while the company completes its Phase I clinical trials’ for its flagship compound, which are due to commence in January 2023 with results due in early Q2 2023.

The company made no indication regarding if or when it planned to hire a new permanent CEO. However, when asked whether she expected to still be in the position when the trials were complete, Ms Sowemimo-Coker told Proactive Investors: “With a bit of luck, I’m sure I will be. The plan is for me to be taking the reins as we get through that very, very important period.”

Dr Lucas’ departure will be the second major change to the company’s boardroom in as many months, following the appointment of William Smalley as its new group finance director in October.

Since its IPO, OCT has seen a near 90% drop in its stock price, forcing it to delay the start of trials for its other lead compounds.

The company has also weathered a number of controversies over the past year, culminating in a shareholder vote over whether to oust the entire board, which ultimately came to nothing.

Dr Lucas: “I have very much enjoyed my tenure at OCTP. It has been a challenging but rewarding experience.

“However, I feel the time is now right to step aside. I’m leaving the Company in very capable hands and will be closely following its continued development. I wish the team every success in the future.”

Investors have responded positively to the directorate change, with many seeing it as a clean break for the company. 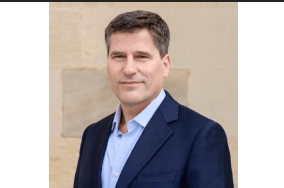