Following the project presented by Kayra Harding to promote the agro-industrial development of cannabis, the use of medical marijuana in Panama is evaluated. Reports Kienkye.com

In the last hours, the Ministry of Health (Minsa) carried out a technical committee to study the legalization of the use of medical marijuana in Panama , as part of the evaluation of bill 323 that promotes the agro-industrial development of cannabis.

The meeting was attended by the head of the Health Ministry, Luis Francisco Sucre, together with the Vice Minister of Foreign Trade Juan Carlos Sosa and the Vice Minister of Agricultural Development Carlo Rognoni, they met with the deputies Crispiano Adames and Ricardo Torres, members of the Trade Commission and Economic Affairs of the National Assembly.

For his part, Sucre indicated that for this bill, promoted by Deputy Kayra Harding (who was also present at the meeting), it is important to note that it could be of great medicinal contribution to the country , for this reason the Minsa has knowledge of close all the curative benefits of this crop in national territory.

Minister Sucre also suggested that the bill be evaluated, analyzed by all parties and that his Entity have a stake in the regulation of hemp-derived products, mainly because they have to do with human consumption.

He also explained that the marijuana plant is a product used in many countries for medicinal purposes and that it has been shown to have a positive impact on the health of patients who use it.

“It is a good project both in terms of health and in the commercial and agricultural part and the Ministry of Health must participate in everything that concerns it,” Sucre said.

While the Vice Minister of Foreign Trade Juan Carlos Sosa said that this initiative adjusts to the reality of the country and the development of this industry in Panama is of great interest .

For his part, Vice Minister Rognoni indicated that he trusts all the study carried out on this crop and all the contributions made by the other institutions. 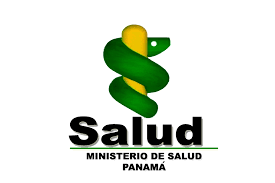