A groundbreaking paper, released April 20, has revealed the outdated laws and regulations currently hindering the U.K.’s cannabidiol (CBD) and medicinal cannabis industries. The paper calls on the government to review its restrictive approach to the U.K. cannabis industry, which could be worth billions of pounds and create tens of thousands of jobs.

Not only would the emergence of a domestic cannabis sector help stimulate the U.K. economy post-pandemic, but it would also transform access for the estimated 1.4 million individuals currently sourcing cannabis illegally for medical reasons, who are in desperate need of affordable cannabis medicine.

In November 2018, the government announced medical cannabis could be prescribed for patients by specialist doctors, but so far just three National Health Service (NHS) prescriptions and 6,000 private prescriptions have been issued. Despite being one of the largest exporters of medical cannabis in the world, currently, the U.K. imports 100% of its cannabis medicine and the majority of its CBD products, due to the contradictory legislation on medical cannabis, and the convoluted licensing and regulatory processes required for businesses entering the space. Sadly, patients themselves have largely footed the bill for these issues, with the majority of prescriptions paid for privately by patients and their families.

Written by Maple Tree Consultants and Mackrell.Solicitors, the discussion paper is supported by 16 industry heavyweights including Prohibition Partners and the Primary Care Cannabis Network. Its findings refer to distinct areas of the cannabis industry, including CBD, hemp and medical cannabis.

“Almost all of the medicinal cannabis products prescribed in the U.K. have, to date, been imported,” said Mike Barnes, professor and co-founder of Maple Tree Consultancy. “The U.K. is a world leader with a global reputation in pharmaceuticals, so there is a strong argument that if we were able to both develop and export more cannabis-based medicines, we could continue to be a global heavyweight and increase our market share even further. The current situation has resulted in desperate patients, who even after being lucky enough to receive a medicinal cannabis prescription, face high costs and long waiting times. This is in turn leading to frustrated businesses, who are desperate to supply these domestic patients.”

“The current regulatory landscape for medicinal cannabis is fraught with problems,” said Ricardo Geada, partner and head of the cannabis and regulatory team at Mackrell.Solicitors. “The market could be worth billions of pounds and has the potential to revolutionize patient care and turbocharge the U.K. economy post-COVID. We hope the government takes notice of our report’s findings and opens discussion on the necessary detail that lies behind the recommendations we have presented.” 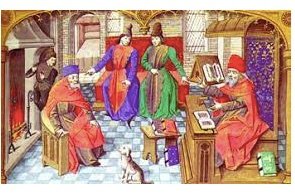