This PBS Spotlight segment highlights the injustice of cannabis prosecution. Notably featured in this specific film is the work of The Last Prisoner Project, a nonprofit focused on cannabis criminal justice reform. Presented by The Beehouse Justice Initiative, a New York City organization dedicated to healing “some of the harms caused by disparate enforcement of cannabis prohibition” and video production company Matador Content, the film is narrated by Chris Rock and directed by Ezra Paek. 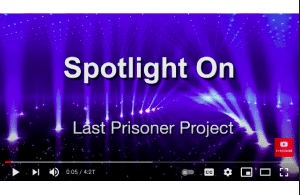