However, it is highly unlikely that the Commonwealth will have 150 operational cannabis dispensaries unless “adult use” or “recreational” cannabis becomes the law of Pennsylvania.

On June 29, 2017, the DOH issued 27 dispensary licenses (Phase I licenses). Fifty-two locations were initially approved through the Phase I process because not every licensee sought to operate three locations. Licensees were required to be “operational” within six months, or by January 29, 2018. As of December 20, 2018, 43 cannabis dispensaries operate in Pennsylvania. Two dispensaries, operated by Solevo (Greensburg) and Cresco Yeltrah (Pittsburgh), appear to have been proposed and approved after Phase I. The majority of dispensaries opened after the six-month operational deadline, with 12 dispensaries opening between October and December 2018.

Roughly 79 percent of the dispensaries originally proposed in Phase I are operational. Based on information taken from the DOH website, it appears that 12 dispensaries never opened and three licensees (Dubois Wellness Center, LLC; Keystone Integrated Care, LLC; and PharmaCann Penn, LLC) have not begun providing dispensary services. It is not publicly known whether these proposed locations are in the process of resolving zoning, DOH approval, banking or other issues. The DOH has not indicated that any licenses have been withdrawn, surrendered or otherwise revoked for failure to comply with operational requirements.

Looking at the Phase II licenses, the DOH has approved a total of 27 additional dispensary locations because only four licensees sought to open second locations. Each licensee can apply for approval of additional sites, but in the past 17 months only two have completed that process. The majority of these proposed sites are in the southeastern and northeastern areas of the state, which also represent the highest concentration of existing dispensaries.

Why aren’t licensees maxing out their dispensing privileges? Besides zoning issues, which required about 10 dispensaries to change their originally proposed addresses, it is commonly accepted that medical cannabis dispensaries lose money. High banking charges, the inability to deduct operating and capital expenses from taxable income, security costs and regulatory requirements all conspire to drown medical marijuana dispensaries in debt. But, companies will enter the market to help their patients and to place themselves into a favorable marketing position if Pennsylvania legalizes adult use cannabis. Dispensaries represent “boots on the ground” if (or when) cannabis is legalized and will be in a position to immediately enter an adult use market.

The Pennsylvania Legislature has been considering legalization for several years and numerous bills have been (re)introduced during the most recent legislative session. There is no timeline for legalization in the Commonwealth. It is believed that Pennsylvania will follow the lead of New York or New Jersey, but those states have yet to pass comprehensive legalization laws.

Pennsylvania cannabis dispensaries must live with the uncertainty of their future investment returns. While some of the Phase II licensees will embrace that uncertainty, we can expect that many will seek to delay their entry into a difficult market. 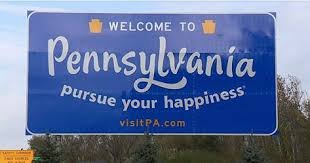