A Pennsylvania MED patient who was fired after a positive drug test is entitled to unemployment benefits, a Pennsylvania appeals court has ruled.

The court sided with Terrence Suber, a former employee of the Pittsburgh Water and Sewer Authority, in its decision. Suber, who had worked as a customer service representative for four months before his firing in July 2019, had previously been denied unemployment benefits, but that denial was overturned in January by the Unemployment Compensation Board of Review (UCBR).

The UCBR’s ruling was upheld Wednesday by the appeals court, which found that the Pittsburgh Water and Sewer Authority’s written drug policy, combined with verbal information that Suber received from a human resources employee with the agency, was ambiguous regarding the use of prescription drugs.

In the ruling opinion, written by Judge Anne E. Covey, the court agreed with the UCBR that although Suber’s employer rightfully had a policy prohibiting the use of illegal substances, Suber was unaware he would be fired for using lawfully prescribed MED.

Read their full report at. https://www.weedweek.net/stories/appeals-court-upholds-unemployment-benefits/ 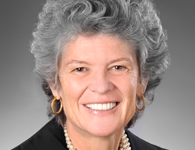