Pennsylvania Medical Marijuana: What Are the Odds?

The application deadline for Phase II of Pennsylvania’s medical marijuana licensing program passed on May 17, 2018. On June 18, 2018, Pennsylvania’s Department of Health (DOH) released the names, application identification numbers and locations of the applicants seeking the remaining 13 grower-processor licenses and 23 dispensary licenses allowed under the current provisions of the 2016 Medical Marijuana Act (MMA).

The DOH is now evaluating, scoring and ranking the applicants, each of whichseeks a license to conduct operations within one of six defined regions. Applicants compete within their respective regions, with the exception of one grower-processor license that will be awarded on the basis of scoring alone.

Several administrative challenges were raised (and remain pending) to the award of licenses in Phase I, with some rejected applicants arguing that their applications had garnered higher scores than applicants in other regions. Administrative challenges also were raised with respect to the uniformity and potential bias of DOH’s scoring and ranking process during Phase I. Indeed, the specific scoring process and the identities of the application evaluators on DOH’s review panel have been withheld from the public.

Setting aside the process of scoring applications, the public generally can evaluate the odds of success for any individual application by comparing the number of applications in a region to the number of licenses to be awarded in that region. It should be remembered that many companies submitted multiple applications for the same region (a practice seen in both Phase I and Phase II). Also, there is a statutory limit on the number of companies that can hold both grower-processor and dispensary licenses and other statutory and regulatory limitations on awarding multiple licenses to the same entity.

However, looking at the number of applications alone, we see that in most regions the odds of receiving a medical marijuana entity license are much better in Phase II.

The number of applications to the number of licenses per region for companies seeking grower-processor licenses (discounting the one license to be awarded on application score alone):

As depicted in the table, based on the number of applications alone, the odds of success for any grower-processor applicant have significantly increased in Phase II. In Region I, which includes Philadelphia and several surrounding counties, the raw odds have dropped from 1 in 22.5 to 1 in 8.5; Region I growers have more than a 260 percent better chance of success in Phase II. Also significant are the odds in Region IV, which includes Northumberland and Centre counties, where the odds have gone from 1 in 10 to 1 in 4.5, or a 220 percent better chance of receiving a license.

The number of applications to the number of licenses per region for companies seeking dispensary licenses:

Again, the difference for Region I is the most striking – dispensary applicants had a 1 in 11.4 chance of success in Phase I, but have a 1 in 5.4 chance in Phase II, an increase of 210 percent. A similar result is seen in Region III, an area that includes York and Dauphin counties, where the odds dropped from 1 in 12.6 to 1 in 6.6, an increase of 190 percent. Regions II (including Lehigh and Lackawanna counties) and V (including Allegheny County, the City of Pittsburgh and several other counties) also have significant increases. The odds in Region IV are slightly better and the odds in Region VI (including Erie and Lawrence counties) are exactly the same.

Overall, Phase II has drawn a smaller number of applications and, arguably, a less cumbersome review process for the DOH. Having fewer applicants may make the review process faster and should make it easier to compare and contrast competing applications. However the odds play out, by the end of the summer there will be more licensees beginning their cannabis operations in the Commonwealth. 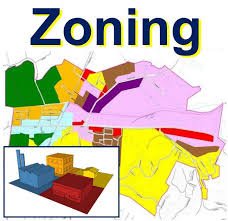 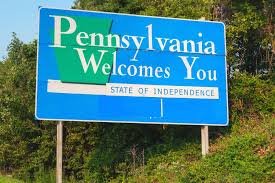