People Power.. Citizens Have Had Enough Of The Nuts Board of Commissioners In Nutley

A fantastic story from New Jersey by TapInto.com that warms the cockles of my heart. Power to the people indeed.

NUTLEY, NJ – Nutley residents launched a petition this week in opposition to Ordinance No. 3473 which prohibits cannabis businesses from operating in the township. The ordinance was introduced at the May 4, 2021 Township of Nutley Board of Commissioners open public meeting. It has been described by individuals close to the commissioners as a temporary measure.

Opposition to the ordinance began almost immediately after publication of the agenda for that meeting. Once the ordinance was introduced at the meeting, opponents took to social media, the TAPinto Nutley ‘Letters to the Editor‘ section, and more recently Change.org where a public petition was launched.

In a touch of irony, while Nutley was all aflutter with regard to prohibiting cannabis businesses this week, Maplewood welcomed their first dispensary, a 6,500 square foot facility called The Apothecarium. Patrons of the Maplewood dispensary must be over the age of 18 years and possess a medical marijuana card in the state of New Jersey to purchase cannabis. Read: Maplewood Welcomes its First Medical Cannabis Dispensary

Opposition to cannabis businesses is nothing new in Nutley. In July 2018, Joan Rubino of Nutley voiced her concern about marijuana stores at the July 17 Board of Commissioners open public meeting, asking if the board has passed an ordinance yet to prohibit all types of marijuana stores in the township.

In that 2018 meeting, Public Affairs Commissioner Steven L. Rogers said the board needs to make a decision about the sale of marijuana within the distance of a school. “When it comes to medical marijuana, I don’t know how much leverage we have. …Frankly, I don’t like idea of it being sold anywhere, my years of law enforcement tells me that access to recreational marijuana causes a lot of problems. Young people will be able to get this stuff. We have a responsibility to at least have some control over it,” he said. “I believe in marijuana use for medical purposes,” he added. 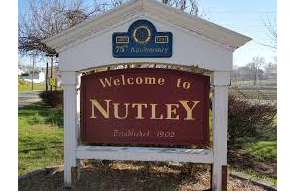