Among the ambiguous areas in the state medical marijuana laws from coast to coast is the status of cannabis and its derivatives as veterinary medications. Now, a new non-profit has been launched to advocate for legal standards and clarity on the question.

The Veterinary Cannabis Society (VCS) defines its mission as “to create lasting solutions that ensure the safe use of cannabis in pets through education, advocacy, and promoting product standards.”

Dr. Gary Richter of Holistic Veterinary Care in Oakland, Calif., is vice president and co-founder of VCS. He describes his practice, which he began in 1998, as “integrative medicine” — incorporating both the conventional Western model but also “alternative” treatments such as acupuncture, chiropractic, and herbal applications.

This includes cannabis. “I have been seeing patients for years that have benefited from medical cannabis,” he tells Project CBD. He says he has discussed cannabis as a treatment with his patients’ owners, as is now permitted by California law.

In a 2017 interview with Project CBD, Richter named gastrointestinal issues, pain, and inflammation as conditions that cannabis appears effective for in animals.

Dr. Richter describes his new organization as “a forum for pet owners and vets to get involved in advocacy efforts, to get things sorted out on a state-by-state basis. We want to make sure products are put together properly, by developing a certification process.”

He foresees that soon companies “can put the VCS seal of approval on their products — assuring that they were made in a facility that meets standards, that they are properly analyzed, and labeled accurately for content. We want to make sure companies in their labeling and advertising are doing it right, and not making inappropriate claims, not promising things they shouldn’t promise, and so on.”

Richter hopes to see such standards adopted uniformly nationwide through a three-pronged strategy of “education, advocacy, and working with the industry.”

The VCS was launched with members in multiple states, and will be reaching out to more people through a panel discussion the group will be hosting at the annual conference of the American Holistic Veterinary Medical Association (AHVMA), to be held in Reno this October. 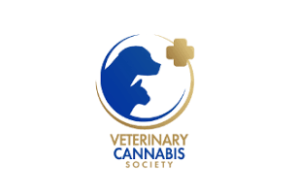