Standing at 6-foot 8-inches, John Fetterman is a big man in stature. In his home state of Pennsylvania, he is also a big man in advocacy. Since his start in politics, John has had an unwavering position on cannabis and the legalization of the plant.

John grew up in Pennsylvania to eventually become Mayor of Braddock. Now John serves as the Lt. Governor of the Commonwealth to Governor Tom Wolf. His next step is the Senate in order to reform cannabis for all Americans.

We sat down with John shortly after 4/20 to discuss his work as a cannabis advocate, his future ambitions as a politician, as well as what his personal relationship with this plant is in this weeks edition of Conversations in Cannabis.

02:05 – Is there a particular market that you would prefer to emulate?

03:50 – What is the key in your opinion to getting legalization passed?

04:40 – How has Pennsylvania evolved since Operation Pipe Dream?

10:00 – Are you worried that legalization may harm the medical cannabis market?

12:33 – Are you hopeful for lighter taxation on medical if a recreational bill passes?

13:30 – Are you hopeful for Federal legalization in the near future?

15:30 – Were you surprised by Chuck Schumer’s announcement regarding cannabis?

16:56 – Why aim for Congress vs the Governorship for your next step in politics?

18:40 – Are you hopeful for banking reform in cannabis if federal legalization doesn’t happen?

21:12 – How do you feel about the Preventing Online Sales of E-Cigarettes to Children Act?

22:15 – Do you feel vapor gate helped push legalization since all the tainted products were illegal?

23:25 – Do you think some politicians may have used it as an excuse to help keep it illegal?

25:00 – Do you feel like the general population has finally shifted on cannabis?

28:35 – How would you advise people to get involved in the legalization process? 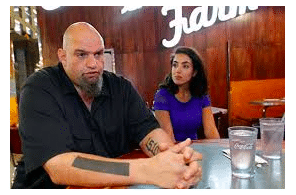