San Diego police have identified the two victims and the suspect involved in a deadly shooting in City Heights stemming from what investigators believe was a marijuana deal gone wrong.

Andrew Briseno, 21, was the victim who was shot and killed in the Nov. 6 incident on Rowan Street, officials said Tuesday. His friend Erik Sandoval, also 21, was wounded but is expected to survive. Both men are from Bakersfield, California.

Police said the suspect in the deadly shooting is Matatoa Samoata, 20. After a standoff with police on the night of the shooting, Samoata was arrested and booked into San Diego Central Jail on two counts of attempted murder. The charge involving Briseno will now be upgraded to a murder count, the SDPD said. 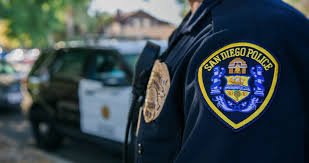