Maciej Kowalski, Kombinat’s CEO and founder, said the company will use the funds to increase agricultural production, further develop its textile technology, set up its CBD oil production line on an industrial scale, and add workers.

Kombinat currently produces own-brand dietary supplements, hemp pollen, hemp flowers for tea, smokable hemp and decarboxylated hemp that can be used in food or tinctures. It is in the process of developing CBD production and textile-making operations.

The crowdfunding capital raise kicks off a 5-year strategic plan that would see Kombinat Konopny reaching 25 million zlotys (~€5.57 million/~$6.6 million) in sales by 2025, when the company plans to go public, Kowalski said. Investors in this week’s crowdfunding offer would then essentially turn into shareholders of the public company.

A total of 4 million shares, 17.36% of the company, was sold in the crowdfunding initiative. Kowalski, who said he has invested about 4 million zlotys (~€1 million/~$950,00) since starting Kombinat in 2019, retains the remaining equity.

Kowalski was the founder of HemPoland in 2014. One of Poland’s first hemp companies and the maker of European CBD brand CannabiGold, HemPoland was sold to The Green Organic Dutchman in 2018 (TGOD). Toronto, Canada-based TGOD earlier this week warned investors it may not be able to stay in business due to growing losses. 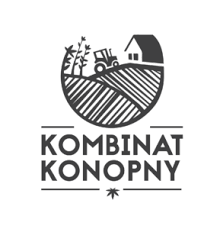