You’ve seen it all before in other states but just in case you feel like reading it again Politico has an entertaining report of the usual bickering, drafting errors etc that you expect to see every time legislators (don’t) get together to draft  cannabis legislation.

NJ has now been discussing this issue for nigh on 5 years you’d think they’d almost be there!

Full votes had been scheduled for Monday in both chambers, but the two houses are now so far apart that, shortly after the Senate Budget and Appropriations Committee voted to send its amended version of the enabling bill to the floor, Senate leaders canceled Monday’s voting session.

“We now have two bills that are completely not alike, so negotiations will continue,” Senate Budget and Appropriations Chairman Paul Sarlo (D-Bergen) said of NJ S21 (20R) / NJ A21 (20R).

Some of the confusion may have been due to a drafting error, according to four sources familiar with negotiations around the bill. 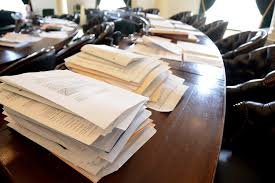