As they point out the median age of people on the committee is around 50 years old and we’d guess by the tone of their language not one of them has ever smoked a joint !

Our suggestion – the knock off age for people on these committees should be about 25 and they really need some 14 year olds highlighting what’s going on because, as with anywhere else, the runners are now aged between 12-14 and if anybody knows how the cannabis black market is operating, they do.

Pondering Pot report the recommendations made by the commission. I don’t dare think how much it cost to get to this point. If they wanted I could I have written the following up between morning tea and lunch and only charged them say $20K .

Here are the four recommendations they came up with:

The committee recommends the Australian Government implement a new public communications campaign via the National Drugs Campaign that will support law enforcement agencies’ efforts to reduce current and future illicit drug demand. The campaign should include the targeted use of social media.

The committee recommends the Australian Government establish a formal mechanism to ensure that Commonwealth, State and Territory law enforcement bodies have a strong, equal voice in developing policies and strategies to reduce illicit drug demand, including drug treatment services.

The committee recommends the Australian Government support research, potentially by the Australian Institute of Criminology, into the efficacy of addiction treatment programs in reducing drug-related crime recidivism. 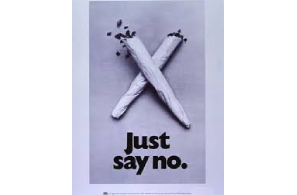