Here’s the release in full from the cannabis scrooge in chief.

As Marijuana Moment succintly put it

Senate Majority Leader Mitch McConnell (R-KY) is celebrating that the large-scale coronavirus relief bill Congress passed this week does not contain language to protect banks that service state-legal marijuana businesses from being penalized by federal regulators.

While some industry stakeholders have maintained that cannabis banking legislation has a good chance of advancing regardless of which party controls the Senate next year, McConnell’s new press release gives another signal he’s hostile to the reform—and it is his position that will ultimately determine whether the bill goes to the floor if Republicans stay in power following next month’s two runoff elections in Georgia.

Democrats Blocked COVID Relief for Months, Holding Out For A Bloated Left-Wing Wish List, Yet Ended Up Embracing A Bill ‘Exactly Within The Ballpark’ Of The Senate Republican Proposal From July

SENATE MAJORITY LEADER MITCH McCONNELL (R-KY): “As far back as July, and all autumn, Republicans have consistently supported a targeted package right in the ballpark of this total amount, with the same kinds of policies in the mix. The package that will shortly become law falls exactly within the ballpark of what Senate Republicans have been proposing and trying to pass since last summer. Compare the shape of this major agreement with the shape of what I proposed all the way back in late July. Yes, some fine details are different. There is no doubt this new agreement contains input from our Democratic colleagues. It is bipartisan. But these matters could have been settled long ago.” (Sen. McConnell, Remarks, 12/20/2020)

SENATE MINORITY LEADER CHUCK SCHUMER (D-NY): “Worse still, based on reports and Leader McConnell’s speech just now, the Republican legislative response to COVID-19 is totally inadequate. … The Republican ‘proposal’ will ignore not one or two or three, but scores of major crises in America right now. In addition, based on what the Leader has said, the Republican proposal won’t go nearly far enough … Here’s what we should do: Republicans should scrap their approach…. They should use the Heroes Act, comprehensive, strong, and bold, for negotiations, and start talking with Democrats in a serious way about the real problems our country is facing.” (Sen. Schumer, Remarks, 7/27/2020)

Speaker Pelosi Then Spent Months Advocating An All-Or-Nothing Policy: ‘Don’t Be Misled By Thinking, Oh, Well, A Little Bit Is Better Than Nothing. No, It Isn’t’

MSNBC’s ANDREA MITCHELL: “Well, is it better to go forward with some…”
SPEAKER PELOSI: “No, it isn’t. Now, let me — thank you so much for that question, because I hear it a lot. And, clearly, it springs from all the good intentions we all have to help people as soon as we can. … So, don’t be misled by thinking, oh, well, a little bit is better than nothing. No, it isn’t.” (MSNBC’s “Andrea Mitchell Reports,” 9/09/2020)

SPEAKER PELOSI: “Don’t be a cheap date.” (“Democrats, Republicans Point Fingers Over Lack of Coronavirus Aid Bill,” The Wall Street Journal, 9/14/2020)
BLOOMBERG’s DAVID WESTIN: “You mentioned negotiating with the Administration.  The Administration has sent signals, they weren’t very subtle, saying they’re interested in something like $1.5 trillion compromise, which would have, as I understand it, $450 a week – not $600, but $450 a week for people for at least eight weeks, and would have $500 billion for the states.  Not the $900 [billion] you asked for, but not the $100 [billion] the Republicans have said. Isn’t something better than nothing?”

SPEAKER PELOSI: “And some of you have asked, isn’t something better than nothing? No.” (Speaker Pelosi, Press Conference, 10/01/2020)

SPEAKER PELOSI: “But again, we’re not just taking the path of least resistance because everybody says, ‘Just take something, something is better than nothing.’ No…” (MSNBC, 10/02/2020)

PELOSI: ‘I’m So Proud That All Of The Senate Democrats Voted Against’ Targeted Republican Proposals On COVID Relief

From May Through December, Democrats Held Up Bipartisan COVID Relief For Unrelated Partisan Provisions Like Tax Cuts For Wealthy Residents Of Big Spending States, Federal Election Mandates, And Marijuana Studies

PAGES 1499-1500: “SEC. 325. PERMITTING USE OF SWORN WRITTEN STATEMENT TO MEET IDENTIFICATION REQUIREMENTS. (a) USE OF STATEMENT.— (1) IN GENERAL.—Except as provided in subsection (c), if a State has in effect a requirement that an individual present identification as a condition of casting a ballot in an election for Federal office, the State shall permit the individual to meet the requirement— (A) in the case of an individual who desires to vote in person, by presenting the appropriate State or local election official with a sworn written statement, signed by the individual under penalty of perjury, attesting to the individual’s identity and attesting that the individual is eligible to vote in the election; or (B) in the case of an individual who desires to vote by mail, by submitting with the  ballot the statement described in subparagraph (A).” (H.R. 6800, 116th Congress)

PAGES 1492-1493: “(2) PERMITTING VOTERS TO DESIGNATE OTHER PERSON TO RETURN BALLOT.—The State— (A) shall permit a voter to designate any person to return a voted and sealed absentee ballot to the post office, a ballot drop-off location, tribally designated building, or election office so long as the person designated to return the ballot does not receive any form of compensation based on the number of ballots that the person has returned and no individual, group, or organization provides compensation on this basis; and (B) may not put any limit on how many voted and sealed absentee ballots any designated person can return to the post office, a ballot drop off location, tribally designated building, or election office.” (H.R. 6800, 116th Congress)

PAGE 1100: “(h) ANNUAL DIVERSITY AND INCLUSION REPORT.— The Federal banking regulators shall issue an annual report to Congress containing— (1) information and data on the availability of access to financial services for minority-owned and women-owned cannabis-related legitimate businesses…”  (H.R. 6800, 116th Congress)

PAGE 1100: “(i) GAO STUDY ON DIVERSITY AND INCLUSION.—(1) STUDY.—The Comptroller General of the United States shall carry out a study on the barriers to marketplace entry, including in the licensing process, and the access to financial services for potential and existing minority-owned and women-owned cannabis-related legitimate businesses.” (H.R. 6800, 116th Congress)

PAGES 1088-1089: “SEC. 110606. SAFE BANKING. … The purpose of this section is to increase public safety by ensuring access to financial services to cannabis-related legitimate businesses and service providers…” (H.R. 6800, 116th Congress)

And a ‘facility’ within the Federal Reserve to make ‘long-term, low-cost loans to debt collectors’ to ‘temporarily compensate’ them until consumers’ payments resume.

PAGES 1064-1065: “(4) CREDIT FACILITY.—The Board of Governors of the Federal Reserve System shall— (A) establish a facility, using amounts made available under section 4003(b)(4) of the CARES Act (15 U.S.C. 9042(b)(4)), to make long-term, low-cost loans to debt collectors to temporarily compensate such debt collectors for documented financial losses caused by forbearance of debt payments under this subsection; and (B) defer debt collectors’ required payments on such loans until after consumers’ debt payments resume.” (H.R. 6800, 116th Congress) 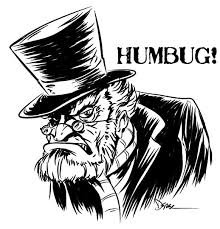