CHARLOTTE, N.C.–(BUSINESS WIRE)–cbdMD, Inc. (NYSE American: YCBD, YCBDpA), one of the nation’s leading and most highly trusted and recognized cannabidiol (CBD) brands, announced today that the judge in the California class action lawsuit in which cbdMD, Inc. was named a defendant has granted its motion and stayed the action until the U.S. Food and Drug Administration completes its rulemaking and/or Congress passes legislation regarding the definitions, marketing, and labeling of CBD products. During the stay, the case is administratively closed.

As previously reported by cbdMD, Inc., in December 2019 plaintiffs filed a purported collective and class action lawsuit in the United States District Court for the Central District of California against cbdMD, Inc. and certain of our competitors alleging violations of the California’s Unfair Competition Law, California’s False Advertising Law and California’s Consumer Legal Remedies Act, as well as claims for breach of express warranties, breach of implied warranty of merchantability and declaratory relief.

The complaint was brought as a nationwide “collective action,” and, alternatively, as a “class action” under the laws of the State of California. The Court’s ruling was in response to cbdMD, Inc.’s motion for dismissal and or stay filed in April 2020. While the litigation is stayed, the parties are directed to file a joint status report every 90 days, beginning on June 1, 2021. 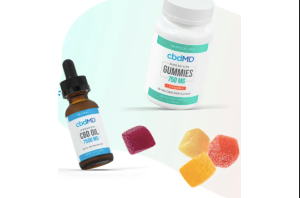