A summertime series of expungement events, employee volunteerism, documentary filmmaking, fundraising and more demonstrate the importance of commitment to reform and restorative justice to build an equitable, inclusive cannabis industry

Today, on the 50 th anniversary of when America started its longest war—the War on Drugs— Cresco Labs (CSE:CL) (OTCQX:CRLBF) (“Cresco” or “the Company”), a vertically integrated multistate operator and the number one U.S. wholesaler of branded cannabis products, announced the launch of a summer-long social justice campaign supported by its Sunnyside retail brand and flagship cannabis brand, Cresco . Through community expungement events, employee volunteerism, a film documenting the impact of unjust prosecution, and financial contributions from the Company and our third-party vendors, the “Summer of Social Justice” campaign aims to influence reform to help shape a future cannabis industry with limitless opportunities for everyone. The campaign will amplify the ongoing restorative justice, community business incubator and education and workforce development programming facilitated by the Company’s established SEED (Social Equity & Education Development) initiative.

“On this 50 th anniversary of the War on Drugs, our country must take action to dismantle a system of over-policing and mass incarceration for cannabis offenses and continue cannabis reform efforts,” said Charlie Bachtell, CEO and Co-founder, Cresco Labs. “An incredible future for cannabis is in our hands. The past few years have displayed an unprecedented level of public and political support for positive change in this area, yet tens of thousands of people are arrested on an annual basis—and the vast majority of those arrested have been, and continue to be from, BIPOC communities. Social equity and social justice must be fundamental components of this industry. Through the adoption of social equity-focused cannabis legislation, comprehensive justice system reform and industry leaders recognizing opportunities come with the responsibility of stewardship, this industry can reach its full potential. With our ‘Summer of Social Justice’ campaign, we today affirm our commitment to using our platform and influence to build a future cannabis industry that is both inclusive and equitable as it continues to be the fastest growing industry in the country.”

Now through September, the “Summer of Social Justice” campaign includes the following programs: 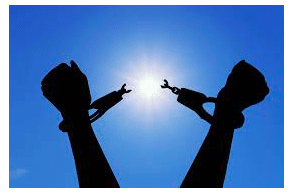