Cocaine and methamphetamine linked to Mexican criminal groups emerging in EU, while rising violence and appearance of fentanyl are potential future threats

Europol and the United States Drug Enforcement Administration (DEA) today issued a joint analysis report shedding light on the involvement of Mexican criminal actors in the EU drug market. The report shows that Mexican cartels and EU-based criminal networks have been working together to traffic both methamphetamine and cocaine from Latin America to the EU. This new form of criminal collaboration also extends to the production of methamphetamine and cocaine hydrochloride in some EU Member States. Despite no current indications of a fentanyl market in the EU, the discovery of fentanyl production facilities and seizures of the substance in the EU raises concerns over the development of a fentanyl market.

As the first joint publication of this kind, the report emphasises the hand-in-glove approach between the agencies in the common fight against global drug trafficking. Titled ‘Complexities and conveniences in the international drug trade: the involvement of Mexican criminal actors in the EU drug market’, the publication is a result of systematic and continuous exchange of operational and strategic information. The EU’s most recent Serious and Organised Crime Threat Assessment showed that criminal networks across the EU are increasingly international and specialised in scope, with 65 % of criminal groups active in the EU composed of members of multiple nationalities. The presence of Mexican criminal actors collaborating with EU-based actors in the EU drug market follows this trend.

The joint report delves into how the involved criminal networks cooperate with one another, particularly through the use of specialised actors at different points in their operations. The different actors include facilitators such as brokers, laboratory specialists, envoys, intermediaries and money laundering service providers. Law enforcement have arrested Mexican laboratory specialists – also known as ‘cooks’ – working in EU-based production sites. These actors are especially important due to their unique knowledge of how to produce higher yields of more potent end product, and obtain larger and more profitable crystals of methamphetamine.

The report also states that Mexican cartels are known to cooperate with EU-based criminal networks to traffic both methamphetamine and cocaine to EU ports for further distribution with the EU or transit to even more lucrative markets of Asia and Oceania. The use of concealed shipments – such as cocaine hidden in blocks of cellular thermal concrete – or the plans to establish cocaine smuggling routes from Colombia to airports in southern Italy using private jets show the ever-evolving nature of these criminal activities. Corrupt officials in the public and private sectors act as facilitators and help to increase the likelihood of successfully trafficking drug consignments to the EU.

On US soil, Mexican cartels have a history of establishing drug trafficking hubs and strong criminal partnerships, and of using violence to gain control over the territory where they operate. An increased presence of Mexican cartels in the EU could also result in increased profits for them and their EU-based criminal collaborators, as well as an increase in violence in the EU. The DEA and Europol will continue to act in concert in monitoring and fighting these developments. 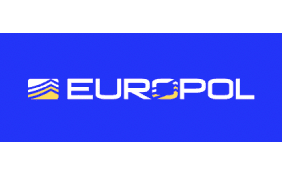