All the latest that’s probably not that important at the NCIA although, that said, the appointments show a change in culture away from old white and male to some individuals who we hope will shake things up a bit.

The organization’s Nominating Committee brought on four new board members.

Seun Adedeji is the CEO of multi-state cannabis retailer Elev8 Cannabis with operations in Massachusetts and Oregon, and the youngest African-American dispensary owner in the United States.

He Was Arrested for Weed at 13, and He’s Selling It Legally at 27

Seun Adedeji is among Black entrepreneurs pushing for a share of a $16 billion legal pot industry dominated by Big Business.

Kimberly Cargile is the CEO of A Therapeutic Alternative, a California-based cannabis retailer, and a long-time advocate for medical cannabis patients.

Rebecca Colett is the CEO of Calyxeum, a licensed cannabis cultivation company based in Michigan, and has years of experience in the legal cannabis industry championing minority inclusion, veteran access programs and workforce development.

Cody Stross is the CEO of Northern Emeralds, a cannabis cultivator based in Northern California, and has significant experience in many areas of the cannabis industry as well as being a founding member of a cannabis trade association representing businesses in the Emerald Triangle.

Two incumbent Board members were also re-elected for another term: Kris Krane, current vice-chair of NCIA’s Board of Directors, and president and co-founder of 4Front Ventures; and Taylor West, partner at Heart + Mind Media.

“We are pleased to welcome these new and returning Board members for the next term as we enter what is arguably the most exciting time for cannabis policy reform in history,” said Aaron Smith, co-founder and chief executive officer of the National Cannabis Industry Association. “With their invaluable contributions and insight, NCIA will be well-positioned to improve the legal and regulatory landscape for the cannabis industry, lead it into new frontiers, and continue to be the most broadly representative proponent of cannabis businesses in the United States.”

The full list of Board members and their bios is available here.

Outgoing members include founding Board members Troy Dayton and Etienne Fontan as well as Aaron Justis and Mark Passerini.

“On behalf of myself and the rest of the NCIA community, I want to extend my heartfelt gratitude to the Board members who are relinquishing their positions for their unwavering support of our efforts over the years to end prohibition and help the cannabis industry and its association grow,” said Smith. “We look forward to continuing our work with them in many capacities during this time of unprecedented opportunity.”

The Board also conducted an election to determine the officers for the year at its meeting yesterday. Khurshid Khoja and Kris Krane were re-elected as the Board’s Chair and Vice Chair, respectively. Narbe Alexandrian was re-elected as Treasurer and Chris Jackson was elected to the position of Secretary. Henry Wykowski will continue to serve as the Board’s General Counsel. 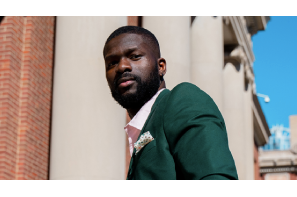