Portland, OR — In the wake of Oregon’s recently completed 2021 legislative session, the Oregon Liquor Control Commission began contemplating the strategic path the agency will take to implement new regulatory responsibilities. That was one of the matters Commissioners covered during their regularly scheduled monthly meeting on Thursday, July 15, 2021.

Oregon lawmakers approved a series of bills that will continue the transformation of the OLCC’s regulatory responsibilities from an agency focused on oversight of the alcohol industry to a regulator engaged in consumer protection of alcohol and cannabis products, control of adult intoxicants, and upholding public health and safety laws. The agency’s evolving mission is reflected in a law changing the agency’s name to the Oregon Liquor & Cannabis Commission that takes effect August 2, 2021.

The OLCC also provided technical support to legislators working to curb illegal hemp and marijuana production and bring hemp produced intoxicating products under stricter control. Currently Delta-8-THC, which is chemically extracted from hemp, can be sold to children at neighborhood convenience stores; House Bill 3000 requires the OLCC to keep THC products away from kids. HB 3000 also directs OLCC to work the Oregon Department of Agriculture and other state and local government agencies to crack down on illegal cannabis grows.

“What’s going on in southern Oregon with the cartel takeover of cannabis growing through the guise of hemp and our role in being able to enforce that is all incredibly important,” said OLCC Executive Director Steve Marks. “We and our partners are poised to begin eradicating this illegal activity, to bring stability to disrupted communities starting in Jackson and Josephine counties, and to ensure that our legal, licensed, tax-paying cannabis licensees aren’t being undermined by illegal market activity.”

The legislature approved the OLCC’s plan to modernize its licensing system and alcohol distribution and tracking infrastructure, approving funding for information technology upgrades and a new consolidated warehouse. Even before the pandemic distilled spirits sales have grown steadily year-over-year straining the existing capacity at OLCC’s two warehouses. Without the expansion the state is projected to lose $586.9 million during the next decade. The OLCC has been laying the groundwork to acquire a new warehouse for more than a year.

”Where this agency has to go, we really have to help all of our licensees,” said Marks. “The hospitality industry, alcohol and cannabis move on to post-Covid recovery. We’ve got a lot of challenges there for the industry next two years. To make sure Oregon’s economy is strong and we do our part with that with the resources given to us.”

Commissioners ratified the following violation fines and suspensions based on stipulated settlements (detailed information on specific cases can be found hereon the OLCC website):

BLACK MARKET PRODUCTIONS will pay a $4,950 fine OR serve a 30-day recreational marijuana producer license suspension for one violation.

TRYKE CITY in Brookings will pay a $5,750 fine OR serve a 23-day recreational marijuana retailer license suspension for one violation (second-level).

TELOS CONSULTING will surrender its recreational marijuana producer license for three violations, on the date the transfer of ownership of the business is completed or on October 15, 2021, whichever is earlier.

The licensees of BULL MOON received a letter of reprimand for two violations. The licensees surrendered their recreational marijuana producer license to the OLCC on May 27, 2020.

The licensees of SOLSGREEN received a letter of reprimand for seven violations. The licensees surrendered their recreational marijuana producer license to the OLCC on April 9, 2021.

EUGENIUS. The applicant’s landlord, who will benefit or suffer financially from the proposed business, has a poor record of compliance as a recreational marijuana licensee. The license restrictions require that the landlord not have any involvement in the operation or management of the business, not act as employee or agent of the business, and not be on the licensed premises at any time.

The Commission approved restrictions to a recreational marijuana producer license for the applicants of FALAHI and a marijuana processor license for the applicants ofFALAHI.The applications included one individual who has a poor record of compliance as a recreational marijuana licensee. The license restrictions requires the licensee to prohibit one individual from any involvement in the operation or management of the business, or to provide any services to the business, and not be on the licensed premises at any time. The licensee and their employees are also required to complete additional Cannabis Tracking System (CTS) training and to put in place protocols to ensure better CTS compliance. 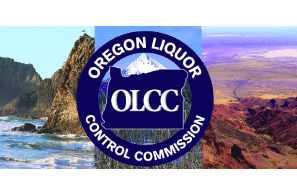