The presentations, spearheaded by Richard Hyslop, Ph.D., Principal Investigator and UNC Professor of Chemistry and Biochemistry, will highlight the use of the company’s Cell-in-a-Box technology.

“The upcoming ACS meeting provides an ideal venue to present two more scientific papers that have been generated from the work being done by Dr. Hyslop and his team as well as showcase the versatility of Cell-in-a-Box® as an advanced therapeutic platform,” boasted Kenneth Waggoner, Pharmacyte Biotech CEO.

The papers are entitled “Development of a cannabinoid-based Cell-in-a-Box therapeutic system targeted toward malignant tumors” and “In vitro antineoplastic activity of specific phytocannabinoids of Cannabis sativa”. The former evaluates the feasibility of a cell-encapsulation technology in which enzyme-producing cells can convert inactive phytocannabinoid prodrug into encapsulated active anti-cancer drug; and the latter evaluates the in vitro effects of a number of cannabinoids on different human cancer cell lines.

Cannabinoid prodrug candidates included in the clinical development program include the acidic forms of tetrahydrocannabinol (THCA) and cannabidiol (CBDA).

According to Waggoner, Pharmacyte Biotech uses the same approach for its cannabinoid-based chemotherapy and pancreatic cancer therapy, reiterating his confidence in the progressive success of the initiatives.

Contributing to the Growing Cannabis Industry

The success of these studies will play an important role in cancer treatment, particularly when it comes to using cannabinoids in the broader drug discovery efforts.

In the grand scheme of things, Pharmacyte Biotech, with its unprecedented efforts, remains to be in a competent position, helping drive the growth of the entire cannabis industry.

Speaking of industry growth, Marapharm Ventures COM NPV (OTCMKTS:MRPHF) is also one of the major players contributing to the industry-wide success. Earlier this month, the company has purchased the last 25% of EcoNevada, LLC. Consequently, it is now a wholly-owned subsidiary of Marapharm Ventures. This acquisition plays an important role in the company’s broader growth strategy, further lifting the cannabis industry. 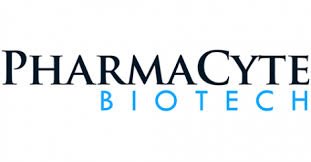