Here’s what they are reporting 12 February 2021

For the first time in ten years, the total sales of Dutch medical cannabis decreased from one year to the next (2019 to 2020). While domestic cannabis sales grew by 13%, sales abroad decreased by 5% year-on-year.

Over the past decade, the Netherlands has been the largest exporter of medical cannabis flower in the world. The country supplies a major share of the largest European markets –  Germany and Italy – among others.

Over the past five years, Dutch sales of medical cannabis have consistently grown by an average of 59% per year fuelled by climbing international demand. Starkly contrasting this, the total market actually shrank by 2% from 2019 to 2020. To date, cannabis has been grown in the Netherlands by a single independent Dutch company: Bedrocan. Bedrocan sells the entirety of its harvests to the governmental Office of Medical Cannabis (OMC) for distribution to the domestic and foreign markets. The OMC has contracts to supply medical cannabis, notably to the German and Italian markets for 2,500 kg/year and 700kg/year, at last count.

One likely reason for the stalling of growth is that competition has arisen from several other exporting nations in 2020. The main market for Dutch medical cannabis – Germany – saw the introduction of suppliers from several countries throughout 2020, including Uruguay, Spain, Australia and Israel, with Portugal having joined the ranks in 2019.

As competition to supply the European market grows, new suppliers with cheaper production costs such as Fotmer in Uruguay may be eating into Dutch sales.

As well as increasing competition, the supply chain of cannabis from the Netherlands may have been challenged by the COVID-19 pandemic. In April 2020, the CEO of Bedrocan told MjBiz Daily that Bedrocan’s supply chain was not being disrupted by the pandemic. However, the summer of 2020 saw delayed shipments of medical cannabis from the OMC to German wholesalers ‘due to additional testing’.

When supply resumed in July, wholesalers were offered slightly smaller orders than previous months, indicating a possible temporary stalling of supply at some point in the chain, which may have also impacted on overall sales.

In the future, we expect to see the total market for medical cannabis in Europe grow considerably. However, the trend of increasing competition from a diversity of suppliers will be a factor for the foreseeable future. This will ensure more stable patient supply but impact on some operators’ margins.

The OMC in the Netherlands is due to award a tender to up to two growers for medical cannabis in the country during 2021, which will likely end the monopoly of Bedrocan in the country. The OMC has told Prohibition Partners that the tender selection process is complete and now the ‘award’ stage of the tendering has commenced, though no names have been furnished to date. The Netherlands will also be trialling a legal supply chain for adult-use cannabis, with a tender for ten growers due to be announced in Q1 of 2021. 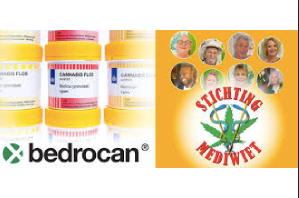