Here’s what they are saying….

With a watchful eye on shifting regulatory landscapes throughout North America, how might investors or operators interpret proposed or enacted loosening of drug restrictions and the impact on psychedelic business?

This two-part series examines the commercial implications of regulatory frameworks and proposed changes in North America.

With narrow channels for psychedelic access in North America’s current regulatory frameworks, what opportunities do current regulations create and how are companies currently creating revenue streams in these restrictive environments?

To recap, although decriminalisation measures are underway in some US states and calls for full federal decriminalisation have been tabled, psychedelics (with the exception of ketamine) have yet to be widely permitted for use medicinally in North America.

However, Jeffrey Merk and Sherri Altshuler, partners at Toronto-based law firm Aird & Berlis LLP, say that an industry has begun to take shape through those narrow paths.

‘We are still seeing a sector emerge,’ Altshuler told PSYCH.

In the near term, Canada’s access to psychedelic medicine will likely be limited to Section 56 exemptions for substances otherwise prohibited by law.

However, in the United States, when medical FDA approval is eventually granted for specific psychedelics, those compounds will become officially authorised medications.

‘You don’t need a Section 56 exemption to go to a pharmacy and have a drug dispensed. You need a physician who’s willing to write that prescription for you. It all starts with getting approval, but those approvals take time. The positive thing we see in this sector is the FDA’s willingness to fast-track certain substances that show promise in early research,’ Altshuler said, adding that the regulator’s willingness to lean on clinical evidence is driving the current IP strategy in the sector.

But despite the lengthy race to FDA approval in the US and the slow stream of Section 56 exemptions in Canada (currently fewer than 100 patients/physicians in Canada are granted access to psilocybin), revenue-generating opportunities and a sector are still emerging.

The clinical model, evidenced by a growing slate of ketamine clinics throughout North America, has promise to grow and diversify into other psychedelics as physicians gain access through Section 56, Altshuler predicts.

And today, those granted Section 56 exemption are required to obtain psilocybin from a holder of a Canadian ‘Dealer’s Licence’. Companies like Numinus Wellness have clearance to procure specified psychedelics through import or synthesis/cultivation, and are permitted to conduct R&D and distribute under a special access programme, perhaps giving an edge over other operators in the space with a first-mover advantage under the current system.

Psychedelic-focused technology presents another big, seizable opportunity today. Some operators have integrated tech pillars alongside drug development and therapy in their long-term strategy, like MINDCURE’s iSTRYM platform and Field Trip’s Trip app. Others like Psychable and Maya Health are purely focused on digital tools to support the user experience, and may present a real-time investment opportunity that isn’t contingent upon regulatory approval.

But where does that leave operators who aren’t going down the tech or clinical paths?

Canadian-based Gwella is currently positioning to market psilocybin mushroom products in the nutraceutical arena as soon as regulations allow, but the company isn’t resting on its laurels in the meantime. They’ve developed and are currently marketing functional mushroom products, including mushroom grow kits, fungi beverages and gummies engineered to ‘simulate a neurological experience identical to a psychedelic microdose, using completely legal naturally derived nootropics’.

‘The idea is, we get this out to the market, we educate the broad audience of people – in line with our mission of accessibility – and then, at some point, we can start layering in psilocybin into these “stacks”,’ Gwella CEO Peter Reitano commented at the PSYCH Investor Summit: Europe and Asia.

Psilocybin isn’t legal as a nutraceutical in North America yet, but the company is hopeful that microdosed nutraceutical products will be among the first non-medical psychedelic product types regulated in North America. Reitano says the company is encouraged by decriminalisation efforts in US states like Oregon and D.C., though acknowledges the direct-to-consumer path is a long-term play.

‘But we wanted to create something in the now that can prime people and educate people on what microdosing is all about and what the potential benefits could be, so as we move forward with regulatory changes, we’ll be ready to put a product out with that full experience.’ 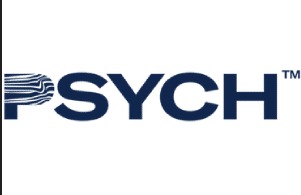