The new year has already brought a number of psychedelic drug policy reform bills, from Washington on the west coast and Illinois in the midwest to Virginia and Connecticut on the east coast.

Illinois (HB 1): The Compassionate Use and Research of Entheogens Act. TL;DR: would create legal psilocybin services, similar to those seen in Oregon, Colorado.

Virginia (SB 932): TL;DR: would reclassify psilocybin to Schedule III, and establish a state psilocybin advisory board to develop a long-term strategic plan for establishing therapeutic access.

On January 11, 2023, Rep. Adams (D) introduced HB 1513, which would allow possession of psilocybin pursuant to a valid prescription by a health care practitioner in the course of professional practice for treatment of refractory depression or PTSD or to ameliorate end-of-life anxiety. The bill would prohibit prosecution of health care practitioners or pharmacists for dispensing or distributing psilocybin for such purposes. The bill would also make possession of psilocybin without a valid prescription a Class 2 misdemeanor punishable by no longer than 30 days in jail and no more than a $500 fine. It was referred to the Committee for Courts of Justice.

Also on January 11, 2023, SB 932 was introduced by Sens. Hashmi and Boysko, and would establish a Virginia Psilocybin Advisory Board to “develop a long-term strategic plan for establishing therapeutic access to psilocybin services and monitor and study federal laws, regulations, and policies regarding psilocybin.” The Advisory Board would be constituted of 12 nonlegislative citizen members to be appointed by the Governor and would report annually to the Governor and General Assembly. The bill would also reclassify psilocybin under the state Drug Control Act from a Schedule I to a Schedule III controlled substance. It was referred to the Committee on Education and Health.

Connecticut (HB 5102): TL;DR: would allow the use of psilocybin for therapeutic/medicinal purposes.

On January 9, 2023, Rep. David Michel (D) and Sen. Gary Winfield (D) introduced HB 5102, which would “allow the use of psilocybin for medicinal and therapeutic purposes, including, but not limited to, the provision of physical, mental or behavioral health care.” The proposed bill merely provides that “the general statutes be amended to allow” such use. It was referred to the Joint Committee on Public Health. 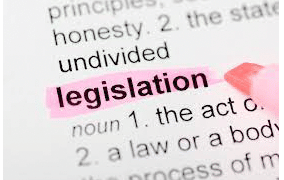