The PsyIndex fell 6.71% last week as traders locked in profits from the prior week’s strong ~18% gains. Cybin Corp. (NEO: CYBN), one of the largest psychedelic companies to date, and Entheon Biomedical Corp. (CSE: ENBI) also went public in Canada. 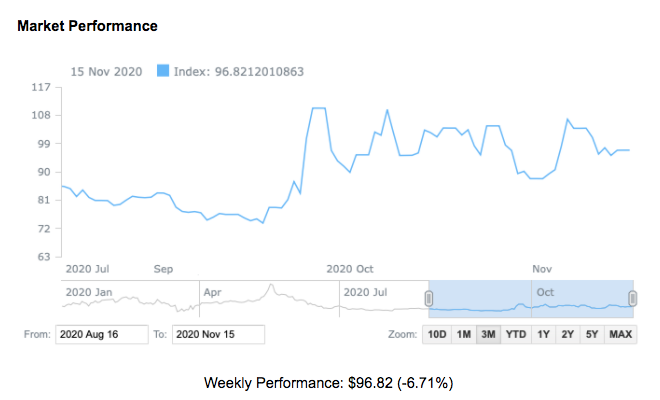 Cybin Inc. (NEO: CYBN) became the latest company to go public in the psychedelic space on November 10, 2020 when it began trading on the NEO Exchange.

We take a look at the company’s listing on the NEO and how U.S. retail investors can invest in the company.

The problem is that these cannabinoids can’t be efficiently produced at scale since they are contained in such small quantities in the plant. These scalability issues are mirrored in the psychedelics industry where plants like mescaline take a decade or more to reach maturity, making it challenging to produce enough to meet growing demand.