Last summer in France, dozens of “CBD cafés” suddenly opened across the country.

Exploiting a legal loophole originally created for hemp farmers, these pop-up businesses sold queuing customers oils, drinks, and salves infused with cannabidiol, a cannabis compound that is a faddish if unproven “cure” for insomnia, anxiety, and more. The French government reacted quickly and by mid-June had officially prohibited the sale of CBD. The CBD cafés vanished within a month.

But France’s brief experiment with cannabidiol seems to have started a movement to legalize cannabis, which has been illegal since 1970.

On June 19, dozens of French economists, physicians, and politicians published an open letter in the popular news magazine L’Obs, denouncing the “bankruptcy” of cannabis prohibition and imploring the nation to “Légalisons-Le!” Soon after, an economic advisory council to the French prime minister released a report criticizing France’s drug war as a costly “French failure” and calling for cannabis legalization on financial grounds.

Then, in July, France’s drug safety agency approved the launch of medical cannabis trials in France—something physicians and activists have pushed for since 2013.

France’s drug policy debate largely echoes similar conversations that have lead a dozen US states to legalize and regulate cannabis since 2014, but for one difference: France has all but ignored the linkbetween race, cannabis, and mass incarceration.

Evidence suggests that cannabis prohibition over the past 50 years has disproportionately punished France’s Muslim minority. 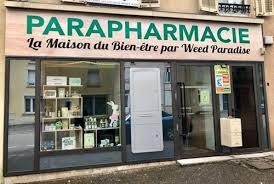