Indeed, rabbis have opposed recreational marijuana use since it first became a matter of public debate. Already in 1973 – in response to a question by yeshiva students in Israel – Rav Moshe Feinstein, considered by many to have been the foremost halachic authority in his generation, proscribed the consumption of marijuana.

Numerous rabbis, medical practitioners, and kashrus officials also voiced their opposition to marijuana use in interviews with The Jewish Press.

“The marijuana issue is a nightmare for us,” said Rabbi Yisroel Reisman, rosh yeshiva of Torah Vodaath. “Too often, marijuana is a stepping stone to hard drugs, from which there is virtually no return. Why spread this throughout the city? How sad that our society has come to this.”

Rabbi Yisroel Kaminetsky, rosh yeshiva of the Hebrew Academy of Long Beach, agreed. “Legalization of marijuana is a terrible trend that good people everywhere should band together to stop,” he said. “It is antithetical to everything Judaism believes in.”

Also opposing legalization is Rabbi Chaim Jachter, author of the popular Gray Matter halacha series. “All bills that legalize it anywhere in the U.S. are a further expression of the deteriorating and irresponsible values of the secular society” he said.

Rabbi Jeremy Wieder, a rosh yeshiva at Yeshiva University, however, argued that debating the halachic permissibility of marijuana use is a mistake. “There is a human, spiritual malaise – a void that people are looking to use drugs or alcohol to fill – and that is the real problem,” he said. 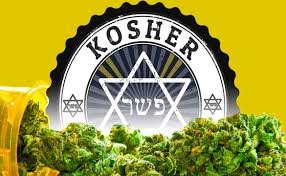