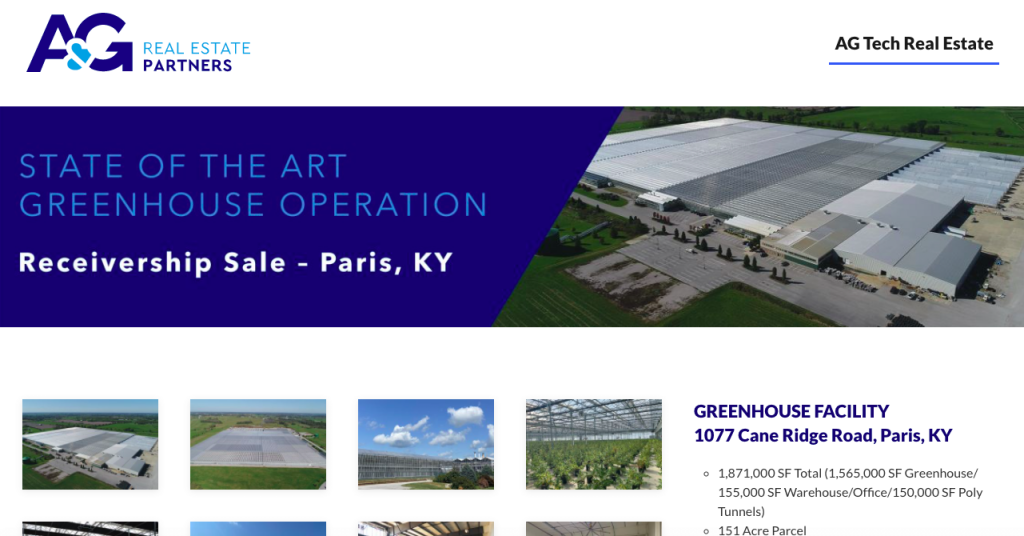 The company gave no asking price for the 151-acre complex, which includes a 1.87 million-square-foot greenhouse, and a nearby 50,000-square-foot manufacturing and warehouse facility on 10 acres.

The sale announced Tuesday is part of AgTech’s receivership, a court-ordered legal maneuver for struggling companies to restructure debt. One of AgTech’s creditors, North Carolina-based Truist Bank, brought AgTech into receivership in July, after the company failed to repay a $15 million line of credit.

Two years ago, AgTech merged with ColorPoint, formerly a large player in the ornamental horticulture industry. The complex in Bourbon County, Kentucky, was built in 2001 to grow ornamental flowers and was converted to cultivate hemp for CBD in 2019.