Illinois set a record with $109 million in sales of recreational marijuana in March — a huge 35% increase from the previous month.

Better weather no doubt played a significant role in the increase over February. But the sales reflect an escalation of the almost constant growth in sales since cannabis was legalized in the state in January 2020.

The previous record for monthly sales was about $89 million in January. 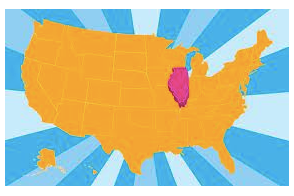