No arrests were made, Sgt. Mark Valdiva said, although three people were seen by witnesses handcuffed and sitting outside the establishment.

Store-front marijuana dispensaries are not permitted in Redondo Beach, and neighbors for months have been encouraging enforcement to deal with what has been described as “crowds” entering and exiting the building at late hours. 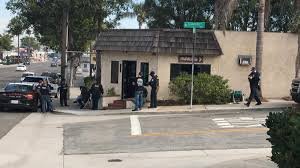